The purchaser, a Kingdom of Bahrain-based enterprise specializing in dredging, reclamation and stockpiling of sand and aggregate, said WPP helped it get the ship back up and into operations within two weeks from the failure date.

“By the time my other sources responded, I already had information from WPP about the proposed replacement in hand,” said United Dredging Company CEO Tim Attwood. “After sourcing and agreeing to terms with WPP, the process was relatively simple. On just a verbal order, they prepared everything for shipping, including all the paperwork and land/air freight details.”

United Dredging Company chose the 3412 Marine Engine to directly replace a dredging pump engine that suffered a major bottom-end/crank failure and left UDC Blue unable to perform its core function. According to Attwood, it was evident that WPP specifically focused on providing a solution. “WPP realized the urgency of the situation and took as much interest in my problem as I did,” said Attwood. “They even called me at night to progress the situation more rapidly.”

“The whole customer experience was excellent, from the approach, through communication and follow up,” Attwood concluded. “WPP is a quality supplier that delivers on its promises with good pricing and informative logistics back-up.” 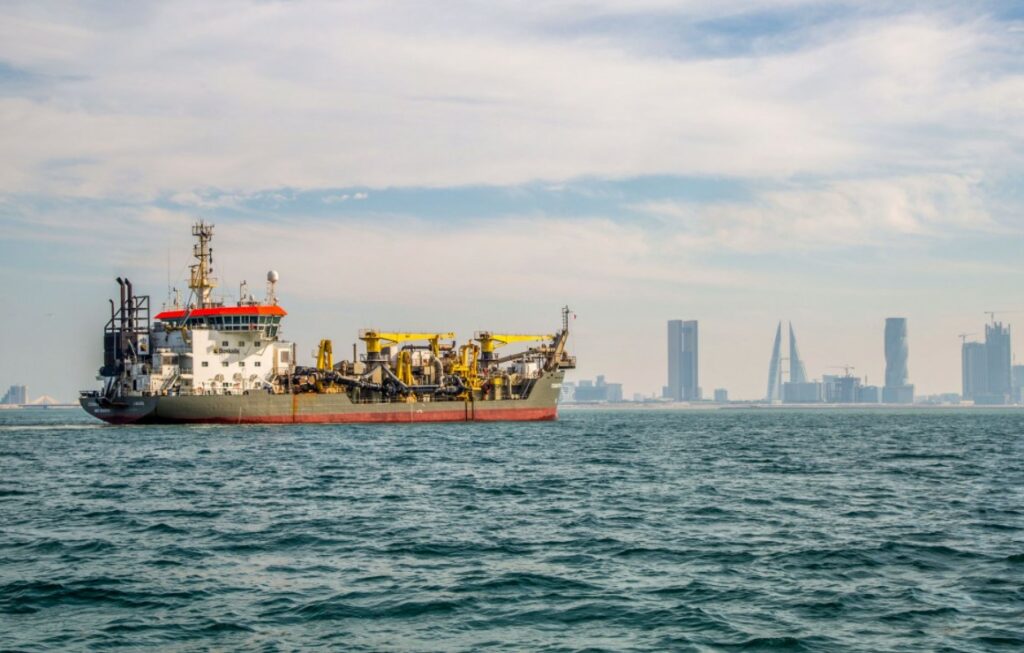