Prime Minister Abdullah Ensour said on Saturday that the port city of Aqaba is Jordan’s sole sea gateway that had been an economic and naval “beacon” connecting the Levant and the Arab Maghreb.

In remarks at the opening of a meeting of the 47th session of the Arab Sea Ports Federation board in Aqaba, Ensour said: “We meet in the city of Aqaba, which is evolving in different economic, tourism, service and investment fields and sectors.”

He stressed the importance of such meetings to keep pace with the future requirements of ports in view of their expanding transportation and handling activities.

The prime minister told Arab delegations that Aqaba’s strategic location as a city overlooking four countries with an area not exceeding 10 kilometres in diametre, qualifies it as a commercial hub no less than Singapore or Hong Kong.

“In this context, we have to look for the future and glimpse the opportunity to plan for Aqaba’s future as a meeting place for the Arabs,” he said, adding that the Red Sea port will be a key connection for the Arabs.

“Aqaba, and nowhere else, is the place for trade and land linkage between the Arab Levant and the Maghreb,” he said.

He said the Aqaba Special Economic Zone is a brainchild of His Majesty King Abdullah II and ushered in the new Aqaba, turning the city into a vital and robust port, an engine of national growth, an investment destination and a regional business magnet due to its facilities and incentives as well as the legislation regulating business and investment.

Ensour urged the participants to focus on cooperating in expansion of maritime research, rescue and anti-pollution centres in addition to holding workshops on dealing with maritime disasters.

He said the regional turmoil and “catastrophes” surrounding Jordan had hit its trade, tourism and transport sectors, noting that the Egyptian situation had made Jordan’s land links with Libya and Tunisia “extremely difficult.” The premier also referred to the economic challenges posed by the exodus of Syrian refugees, noting that Jordan is host to about 1.3 million Syrians, half of them coming in after the outbreak of the Syrian conflict, in addition to over two million Palestinian refugees and about a quarter of a million Iraqis.

“It’s unfair that Jordan was left alone in such circumstances,” he said, stressing that the country’s stability is in the interest of all the Arab countries and added, “We need to look at Jordan from a real strategic perspective.”

In a meeting with president of the Arab Sea Ports Federation President, General Manager of the Kuwaiti Port Corporation, Sheikh Sabah Jaber Ali El-Sabah, Ensour emphasised the deep ties between Jordan and the Gulf Arab state, noting that Kuwaiti investments in Jordan were growing remarkably. 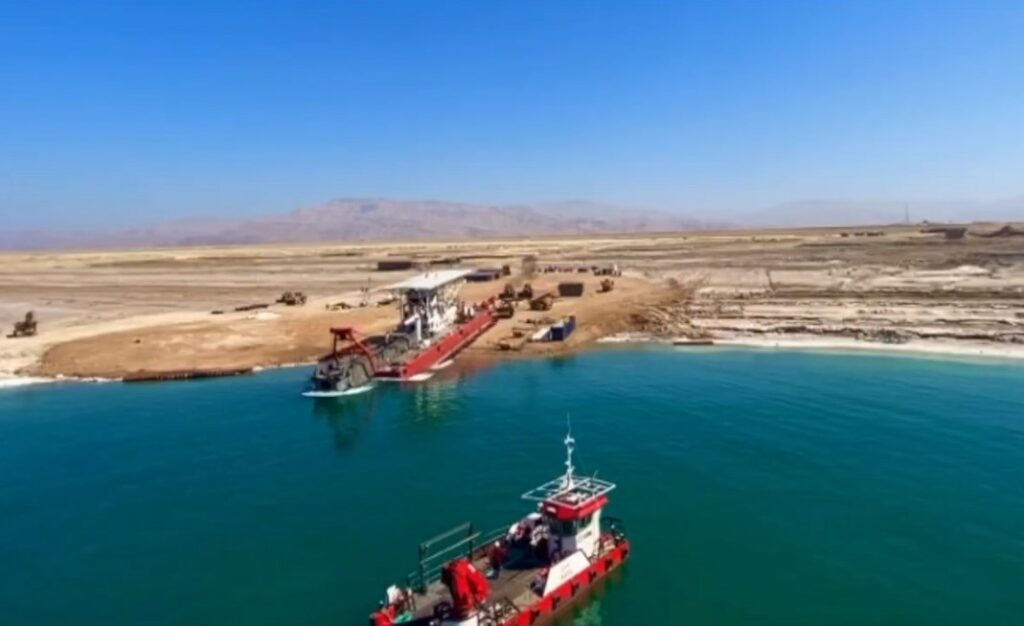