Hall Contracting Managing Director Cameron Hall said as the first Hall Contracting branch to open outside of Australian borders since the company’s Fiji office some years ago, the new office opening in Kuala Lumpur was an important milestone for the 68-year-old business.

“While we’ve been working in the international market for some time now, it’s really exciting to be further cementing our presence abroad,” Mr Hall said.

“We attract work in a number of locations across Asia, so Kuala Lumpur struck us as the perfect location to open a new office; it acts as a great base for flying in and out of various countries across the Asia Pacific, and allows us to work closely with clients in these areas and develop new business leads.”

Mr Hall said the new base was already being used by numerous employees within the organisation and was headed up by Hall Contracting’s South-East Asia Manager Pieter Bogers.

“It still amazes me to think how far we’ve come since the company’s establishment in the 1940s,” Mr Hall said.

“Hall Contracting started as a one-man operation supplying sand and gravel on Australia’s Sunshine Coast, and has grown into an internationally-recognised dredging, civil contracting and marine civil business that employs hundreds of workers and operates one of the largest dredging fleets in Australia.”

“Our fleet of dredges and ancillary equipment is continuing to grow and our newest acquisitions allow us to tackle an even bigger range of projects around the world,” Mr Hall said.

In recent years, Hall Contracting has carried out the deepening and extension of the Port Denarau Marina shipping channel (Fiji’s busiest tourist harbour), dredged 250,000m3 of hard clay for a new port facility in Port Moresby, removed mud and silts from ponds on the site of the future Bountiful City Light & Power facility in Thailand, and worked on a major port expansion project in the Pilbara region of Australia, dredging into split hopper barges for sea disposal.

“These are just a small sample of our works across the Asia Pacific. On any given day we can be conducting capital and maintenance dredging for ports and harbours, carrying out land reclamation, beach replenishment and pit dewatering works or dredging anything from rivers to canal estates,” Mr Hall said. 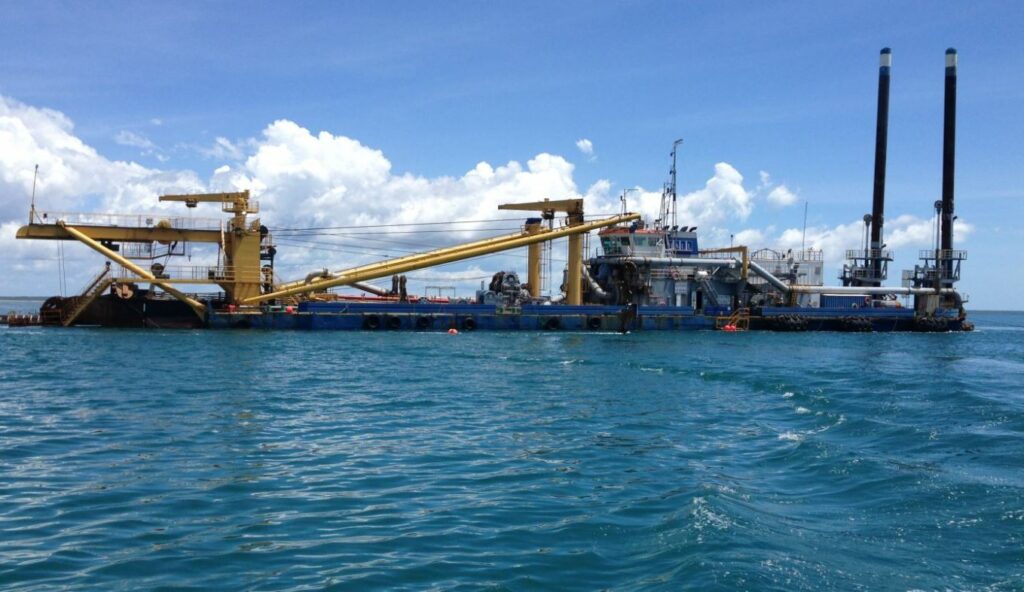