As a vital aspect of social and economic development, dredging is essential for the successful implementation of numerous infrastructure projects. The demand for dredged materials is growing, and waterborne transport is still crucial to the maintenance of commerce. However, because dredging can impact the environment in numerous ways, companies must be prepared to assess any adverse or long-term effects prior to development to incorporate a strategic communications plan for transparency and effective messaging. Oftentimes those who oppose this project can cause serious delays or halt the project completely if these points are not addressed publicly. Therefore, an effective campaign strategy that identifies supporters as well as directly engages the opposition is necessary to ensure successful project completion.

Recent flooding in Somerset, UK, caused the residents great distress when heavy rain caused the submersion of thousands of acres of land. As a result, Prime Minister David Cameron apologized for the government’s prior decision to stop dredging practices many years earlier due to local opposition, and he explained how the flood damage could have been reduced had the dredging projects not ceased. Communities Secretary Eric Pickles has also apologized on behalf of the government for following poor advice on dredging, while the Environment Agency faced widespread criticism for its initial resistance to dredging practices. Unfortunately for the victims of Somerset’s flooding, the disaster could have potentially been prevented had the government pursued a pro-dredging policy. With pressure from local farmers, public opinion on dredging has since begun to reverse, allowing for new dredging projects to commence in the area.

With Somerset’s flooding as a prime example, many natural disasters could have been prevented with better exposure of the benefits of dredging projects. Unfortunately for companies interested in dredging, a successful proposal is at risk for rejection if the vocal minority’s campaign is stronger. It is especially crucial to educate locals who may be unaware of the benefits of dredging. In the case of Somerset, the opposition to dredging practices caused a fatal mistake later on when thousands of acres of land became submerged by the floods. Like a politician determined to win an election, dredging project leaders must prepare an efficient and comprehensive campaign strategy to achieve success. There are a number of different ways to garner support for a project, but the best strategies involve mobilizing supporters while showing the opposition that their concerns are truly being listened to.

First and foremost, stay in control of the message by disseminating information to the community to educate residents of project benefits. If the opposition manages to take over the narrative, the campaign’s message may be lost or twisted to negatively influence the community’s opinion. This effort should begin as soon as the project is announced to the public. Dredging developers who forget crucial aspects of campaigning may find their projects facing more resistance than expected, which is why it is wise to construct a strategy before the news becomes public.

Next, one’s strategy should prioritize the identification of all possible supporters. Once one has established lines of communication with those in favor of the project, project experts should prioritize personally hosting a meeting to assure supporters that they are not alone in their support. Letting supporters know they are essential to the success of the project is crucial to any grassroots campaigning, and those who have been personally asked by a developer for aid will be more willing to offer help.

Along with identifying supporters, companies must take the equally important step of maintaining and updating a supporter database. Organizing the data will not only help one analyze the groups in favor of a project, but it may also inform next steps for the campaign by highlighting possible weaknesses. By coding each supporter by geographic location, one can get an idea of which areas need more campaigning or influencing. This coding can be taken a step further by making a note of which organizations supporters are involved with as local businesses and associations may also be willing to support a project publicly if personal connections are made.

Another crucial aspect of public affairs strategizing is learning how to effectively use social media to further a project’s campaign. Effective use of Facebook in this campaign goes beyond asking supporters to ‘Like’ the project’s page. Instead, creative content should be developed for easy sharing so supporters will be more likely to spread project news to family and friends. As posts “go viral” the media may even report on social media activity, providing an even greater advantage to your project’s visibility. Other forms of social media such as Twitter offer vehicles of rapid communication for sending out project updates or tweets of important meeting dates to rally supporters who responded to direct mail or telephone identification phone calls. However, Twitter can also be used more extensively to hold virtual forums such as Twitter town halls, allowing undecideds to ask questions and learn more. Given today’s fast paced communication, a strong social media presence is a must.

A multitude of preparations in terms of a public affairs strategy must be set in place to ensure a successful approval process for dredging projects. At the outset, companies may stray away from the expense and chore of developing a public affairs plan, but by the time opposition arises, it could be too late to preserve the campaign’s message. Even if the opposition is a minority of the larger population, opponents’ arguments gain traction rapidly, putting the project at risk. Instead, let an education and identification strategy bring supporters to you who are willing to be ready for mobilization a moment’s notice in order to counter the voices of opponents as soon as they arise. 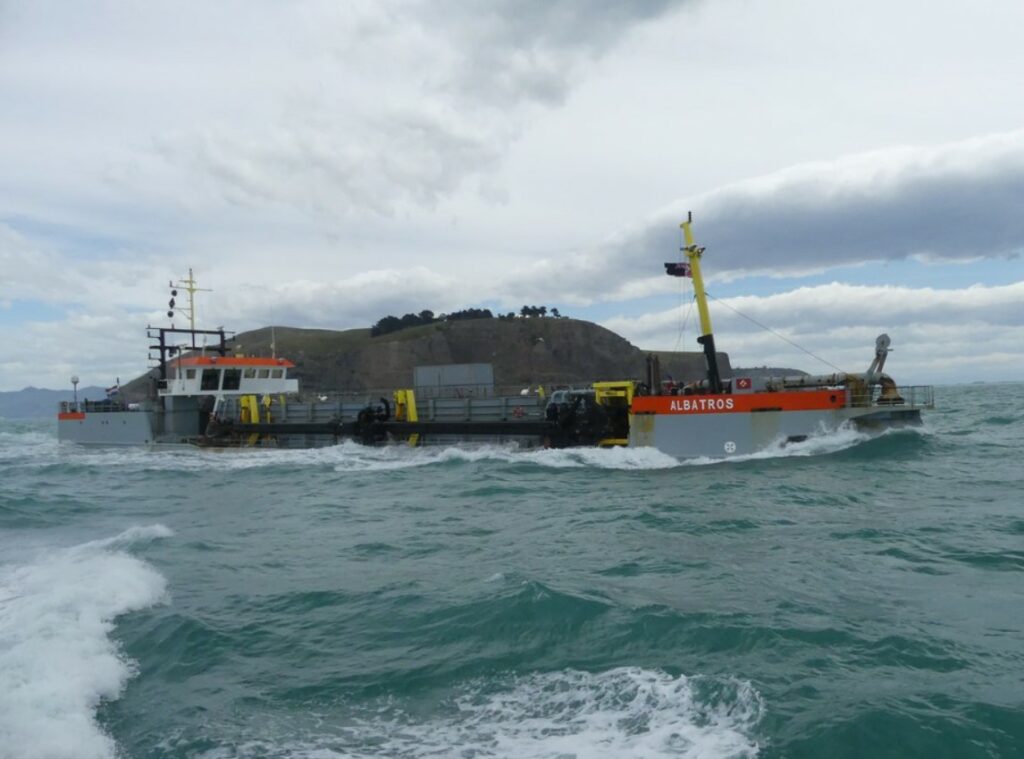