It is estimated that the project cost will be in the order of NZ $1b and could take up to 30 years to be completed.

“It makes sense to plan to do things right and to do it once. To simply repair or rebuild what was there would be a failure on our part – we must ensure that we are able to continue to meet the needs of the region now and in the future. To do that the port will need to grow and therefore continue to support the economic vitality and recovery of Canterbury”, said LPC Chief Executive Peter Davie.

“Our long term vision includes achieving a long-held community desire to bring people back to the waterfront in Lyttelton. It is our wish to see a vibrant waterfront, somewhere where people can come and safely access the water. We are very keen to hear from the public and potential partners as to what the Inner Harbour could and should become,” he added.

Key components of the plan are:

– Movement east of some general cargo activity east, away from the township. This addresses some of the impacts of a 24/7 operation on neighbouring residential areas;

– Preparing for increased container volumes with further land reclamation east of the existing port allowing for the relocation of a new larger Container Terminal;

– Opening up and enhancing public access to the waterfront at the western side of the port. Possible concepts for this area include a new marina, a commercial development that compliments the Lyttelton Township and places where visitors can sit and enjoy the view. Safe links to existing cycle and walking tracks are also envisioned.

The Port Lyttelton Plan outlines a number of areas that are critical to the port maintaining its position as a key piece of the region’s infrastructure and an enabler for the New Zealand economy. This includes the ability to manage much larger ships so that New Zealand remains a primary freight route. As well as the recently announced management of truck to train cargo logistics planned for Rolleston.

“Over 99% of imported and exported goods enter or exit New Zealand via a port and volumes are growing rapidly. It is essential that we grow to meet the demand. We simply don’t have enough room and the only logical solution is moving east,” said Mr Davie.

Upgrades and repairs will also be completed on Inner Harbour wharves and a new dedicated Diamond Harbour ferry terminal, which links to other public transport, is proposed. 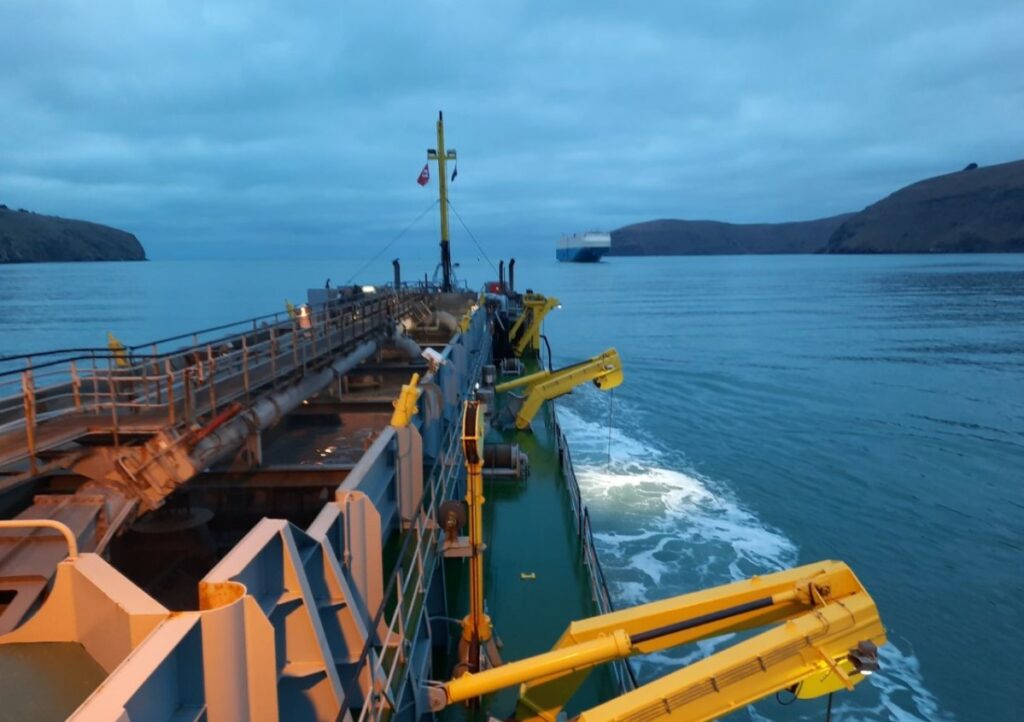