ISA to Commemorate Twentieth Anniversary at Annual Session in Jamaica

The Jamaica-based International Seabed Authority will commemorate its twentieth anniversary, elect nearly half its executive Council and begin elaboration of a mining code for deep seabed polymetallic nodules in the Area beyond national jurisdiction when it convenes for its annual session in Kingston from 14 to 25 July 2014.

The development of the exploitation regulations has become urgent as the exploration contracts of the seven pioneer investors expire between March 2016 and March 2017. The 1982 United Nations Convention on the Law of the Sea and the 1994 Agreement relating to the Implementation of the Convention’s Part XI (seabed provisions) provide that the contractors must either apply for a plan of work for exploitation or seek an extension of their exploration contract. It is possible that some might apply for mining contracts. A key task for the Authority is the development of the mining regulations, including their financial terms.

The special day-long commemorative session will take place on Tuesday, 22 July although the twentieth anniversary itself falls on 16 November. The Authority was established upon the entry into force on 16 November 1994 of the Convention. The Convention was opened for signature on 10 December 1982 at Montego Bay, Jamaica.

The Authority, now with a membership of 166 (including the European Union), will formally begin its session on 15 July. Among the issues on its agenda are seven pending applications for exploration contracts in the seabed Area; the Authority’s 2015-2016 budget; election of 17 States Parties to the 36-member Council for the period 2015 to 2018; and the annual report of the Authority’s Secretary-General, Nii Allotey Odunton (Ghana), which reviews its accomplishments and future activities and programmes.

The Authority is responsible for all mineral-related activities in the deep seabed Area beyond national jurisdiction. Its main tasks, as outlined in the Convention and the Agreement, include administering the mineral resources of the Area, the promotion and encouragement of marine scientific research in the Area, and ensuring the effective protection of the marine environment from harmful effects arising from exploration and future exploitation. The Authority also organizes workshops on various aspects of seabed exploration and exploitation and disseminates information resulting from them.

One of the workshops will be on article 82 of the United Nations Convention on the Law of the Sea which requires State parties to make payments or contributions in kind for exploitation of the non-living resources of the continental shelf beyond 200 nautical miles. The other will cover the environmental management plan for the Clarion-Clipperton Zone in the Pacific Ocean.

One of the most important substantive matters before the twentieth session is the seven pending applications for exploration contracts in the seabed Area which is being considered by the Legal and Technical Commission.

The Commission’s recommendations on these new applications will be submitted to the Council during the twentieth session. If all seven pending applications are approved, the Authority will have 26 exploration contracts in force.

On the polymetallic nodules exploitation code, the Commission has been requested by the Council to establish an appropriate fiscal framework that is fair for the industry, investors and the Authority’s member States, who are intended to be beneficiaries of seabed mining. It started work on the legal instrument at its February session. The Commission is reported to have considered a study commissioned by the Secretariat concerning different policy and financial objectives relating to a fiscal regime, comparable mining regimes and fiscal rates of payments and calculation methodologies and current best practices.

Following the Commission’s February session, the Secretariat launched a stakeholder survey in March 2014 to solicit information from the Authority’s members as well as all other stakeholders for the development of a regulatory framework for the exploitation of deep sea minerals. The responses received will be made available on the Authority’s website. The Commission will submit a progress report to the Council.

The Commission will consider matters referred to it by the Council, including proposed amendments to regulation 21 of the Regulations on Prospecting and Exploration for Polymetallic Sulphides in the Area; issues of monopolization of activities in the Area; conflict of interest; and issues relating to the operation of the future Enterprise, the mining arm of the Authority, particularly the legal, technical and financial implications for the Authority.

The contractors have a legal obligation to provide and fund those programmes for personnel from developing countries and the Authority.

The Commission will also review the annual reports of contractors, the implementation of the Environmental Management Plan for the Clarion-Clipperton Zone as well as information on data management.

Following the election of its officers for the session, the Council, which oversees the implementation of the provisions of the Convention and the Agreement, will fill vacancies on the Legal and Technical Commission. Brazil, Argentina and Jamaica have nominated candidates to complete the terms of their nationals who have resigned.

The Council will consider a report on the work of the Commission during its February and July sessions and take up any matters referred to it, including recommendations on new applications for approval of plans of work for exploration in the Area. It will also act on recommendations on proposed revisions to regulation 21 of the Regulations on the Prospecting and Exploration for Polymetallic Sulphides in the Area (ISBA/16/A/12/Rev.1).

The Council will also consider a report and recommendations of the Finance Committee on a number of financial matters, including the proposed budget of the Authority for the financial period 2015-2016 and the scale of assessment for contributions to it.

It is the turn of the African Group to nominate a president of the Council for the session.

The Finance Committee, at its meetings before the Authority’s session, will review the implementation of the Authority’s budget for 2013-2014 and cost-saving measures undertaken by the Secretariat. The Committee will also examine the Secretary-General’s proposed budget for the financial period 2015-2016 estimated at $8,616,770 and $8,304,345, respectively.

According to the Secretariat, as of 30 April, 68.7 per cent of the value of contributions to the 2014 budget due from the Authority’s members had been received. As at the same date, 43 members were in arrears of contributions for a period of two years or more.

The voluntary trust fund for the participation of developing country members of the Finance Committee and the Legal and Technical Commission was established in 2002.

The Endowment Fund for Marine Scientific Research in the Area, established in 2006, promotes and encourages the conduct of collaborative marine scientific research in the international seabed area. It carries these out by supporting the participation in the research of qualified scientists and technical personnel from developing countries.

A total of 56 scientists or government officials from developing countries have benefited from financial support from the Endowment Fund. An advisory panel evaluates applications and makes recommendations to the Authority’s Secretary-General,

A proposal will be submitted to the Finance Committee for the establishment of the International Seabed Authority Museum during the 2015 to 2016 biennium. The museum, to be constructed on the ground floor of the headquarters premises, is to cover an area of 6,344 square feet. The estimated cost of construction is $500,000, while its annual maintenance cost is estimated at $150,000.

The Assembly, the Authority’s supreme body, in which all members are represented, is expected to elect, as its president, Antonio Francisco Da Costa e Silva Neto, Permanent Representative of Brazil to the International Seabed Authority. It is the turn of the Group of Latin American and Caribbean States to nominate a candidate for the position. Other regional groups can nominate a vice-president of the Assembly.

The Assembly’s agenda items include consideration of the annual report of the Secretary-General, adoption of the Authority’s budget and the scale of assessment for contributions to it, and elections to fill vacancies on the Council.

The terms of office of 17 Council members will end on 31 December 2014 in accordance with the Convention and the decisions of the Assembly. The election of their replacements will be based on a formula designed to ensure equitable representation of countries from various regional groups. These include the largest consumers or net importers of minerals to be derived from seabed mining; those with the largest investment in seabed mineral exploration; and the land-based exporters of minerals found on the seabed. Council members serve for four years. 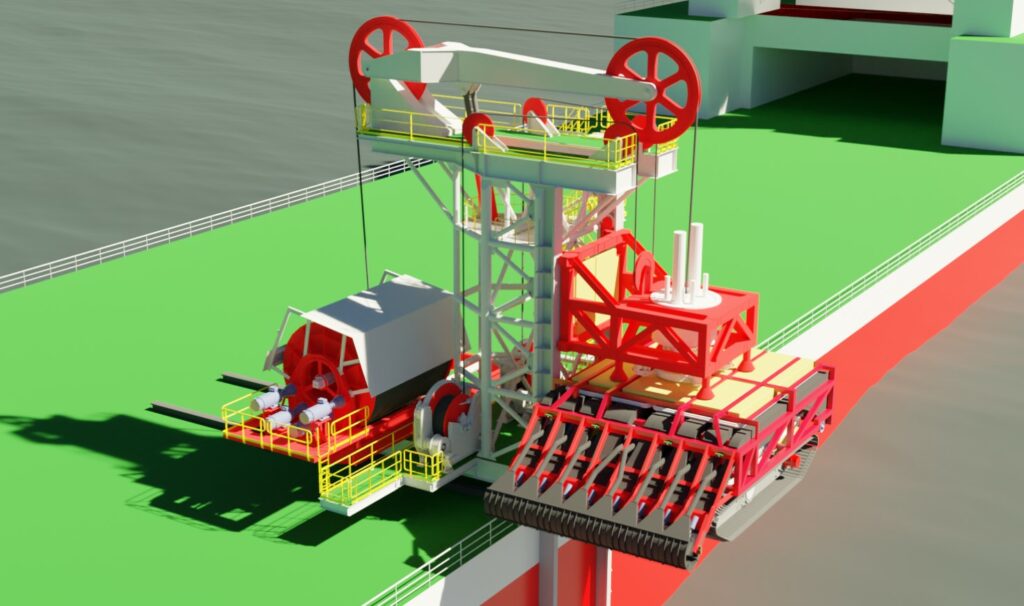