Maintenance dredging work being conducted at Lake Cathie is nearing completion and is expected to be finalized next week.

Port Macquarie-Hastings Council contracted Dredging Solutions to undertake the dredging for the purpose of beach nourishment.

When completed, approximately 20,000 cubic metres of marine sand material will have been removed from within lower Lake Cathie and placed on the beach along Illaroo Road.

Council’s Director Development and Environment, Matt Rogers, said the dune created as a result of the works will settle over time with the help of tides and rain, allowing natural revegetation to occur which will stabilise the dune.

“In order for the dune to successfully revegetate, it’s important that people refrain from walking on and around the area,” Mr Rogers said.

“The project has been a success in allowing people greater recreational access along the lower reaches of the lake, while also re-enforcing the dune along Illaroo Road.”

The project was jointly funded through the NSW State Government’s Rescuing our Waterways program and Port Macquarie-Hastings Council. 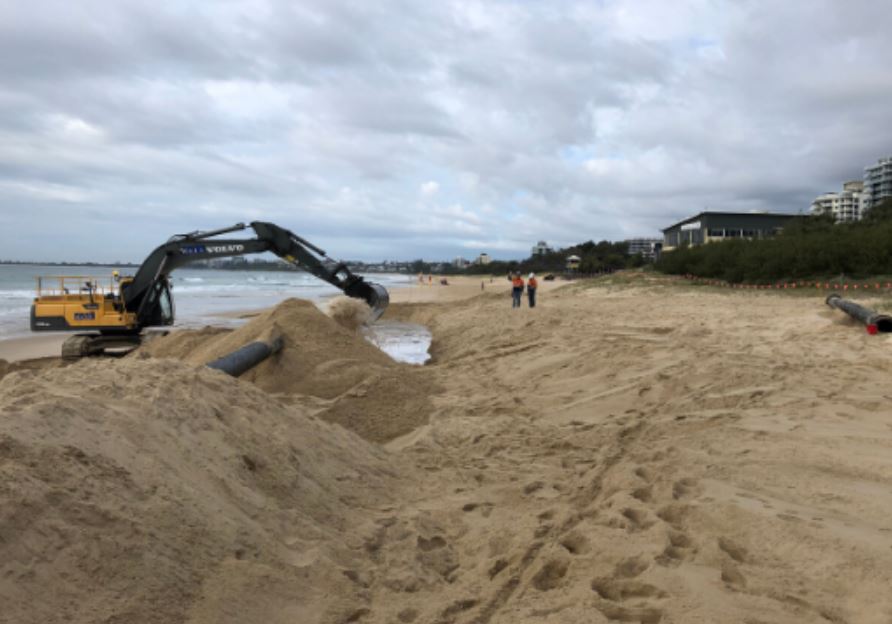