The steel cutting ceremony of the 433’ Trailing Suction Hopper Dredge Barge took place in Eastern’s under roof pre-fabrication building at its Allanton facility in Panama City, Florida, on September 15, 2014. This indoor facility supports both of Eastern’s new construction facilities with state of the art equipment and a highly skilled workforce.

During the ceremony, Brian D’Isernia, President of Eastern Shipbuilding Group, stated: “Great Lakes earlier this year became our newest client. This day represents the start of construction for the Dredge Barge ATB and is another step in continuing our strong commitment to not only this project and but also our long history of being a successful, diversified shipbuilder in the marine industry.”

Great Lakes new ATB hopper dredge will be a key tool in performing the restoration of the eroded land mass in the Gulf Coast States.

Additionally, the vessel’s ability to cost-effectively deepen and maintain navigable waterways will bolster the United States’ competitive position in world trade, as the nation’s ports move forward with deepening plans to accommodate the larger vessels, which will sail through the expanded Panama Canal.

Delivery of the dredging vessel is scheduled for 2016. 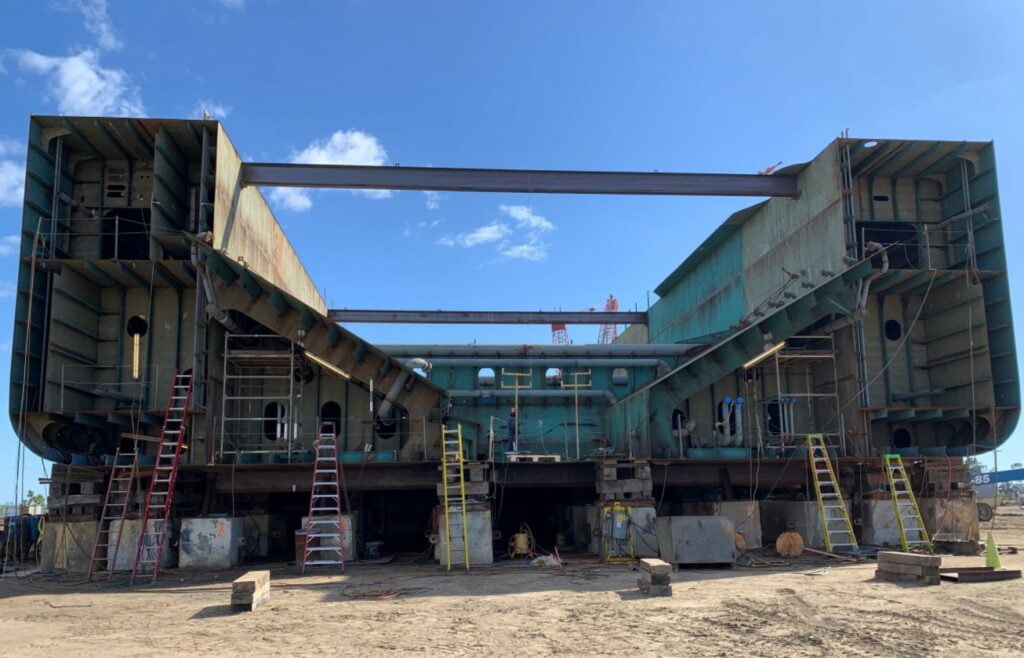