The UK Transport Secretary Patrick McLoughlin has visited Liverpool to see how more than £300 million investment is improving the local economy.

Construction is well underway on what will be Europe’s first semi-automated container port; when completed by the end of 2015 it will be able to accommodate the world’s largest deep sea container vessels.

The new terminal is being supported by a £35 million government investment to dredge the bay and allow bigger ships into the port. The new terminal will support 5,000 jobs over the next 10 years, providing a boost to Britain’s £14 billion a year maritime industry.

Patrick McLoughlin said: “This record investment in Liverpool’s transport network will provide a huge boost to the city. Improved port, road and rail connections will link people with thousands of new jobs in the region and encourage businesses to grow. This is part of the government’s long-term economic plan to ensure our regions thrive, benefiting the UK as a whole.”

The Dutch marine engineering specialists Van Oord is dredging the River Mersey estuary. The work entails deepening the navigable depth of the maintained approach channel (which extends to an overall area of 27km²) from 6.9m bCD to 8.0m bCD producing an estimated volume of 5 million cubic meters of dredged material.

Dredging project for the ‘Liverpool 2’ is set to be completed in late 2015. 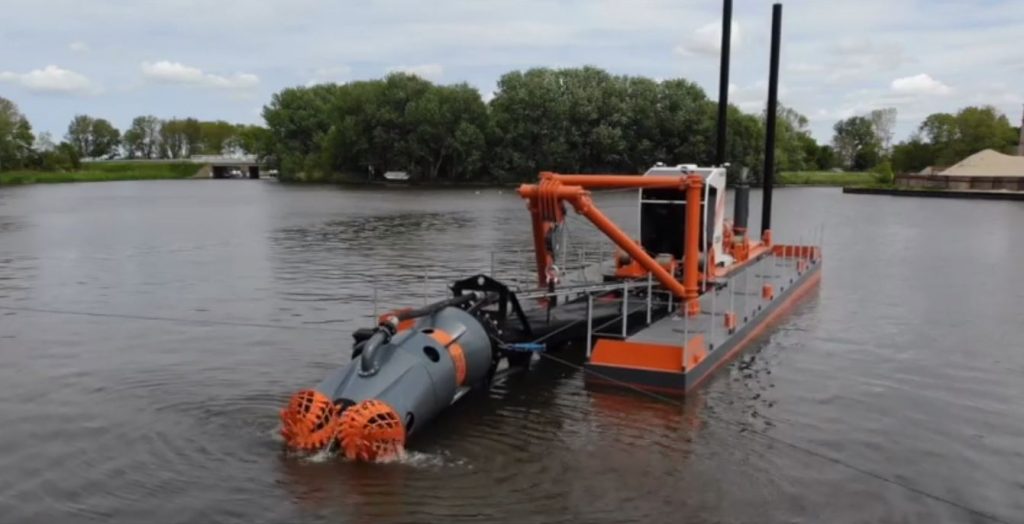