Utilizing the national capability of the Water and Environment Management (WEM) Framework, the Environment Agency have appointed VBA (an alliance of VolkerStevin, Boskalis Westminster and Atkins) to deliver a program of works at the Albert Dock along the Humber in Hull.

The project forms part of the Environment Agency’s Asset Recovery program to repair the damage caused by extreme weather during the 2013/14 winter.

A particular challenge for the construction work is that the river bank is shared by port operator ABP and its warehousing facilities. Arriving vessels discharge their cargo onto the adjacent wharves which has restricted pile storage and working areas.

“This was always going to be difficult,” commented Chris Thomas, VolkerGround Engineering Director. “And has meant that we have had to plan around shipping movements in order to minimise site congestion.”

The piling work which started in mid-January is due to be completed at the beginning of March, allowing VBA to advance their subsequent works. 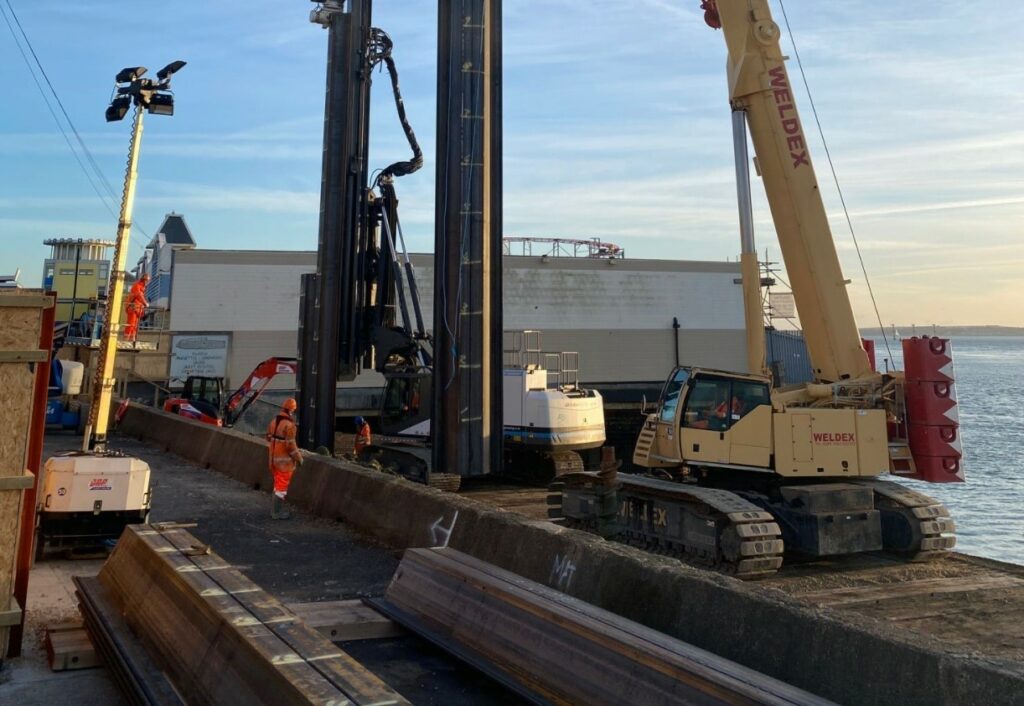