The U.S. Army Corps of Engineers and its contractor Weeks Marine have started beachfill construction at Broadkill Beach, Delaware as part of the Delaware River Main Channel Deepening project.

The project involves dredging of sand from the Delaware River to deepen the river for navigation purposes and placing of it on the beach to reduce future storm damages.

During this project, expected to cost $30 million, the dredged material will be pumped through a pipeline and large objects will stay captured in a giant screen.

The official facebook page of the U.S. Army Corps of Engineers, Philadelphia District, has just released a couple of photos from the project: 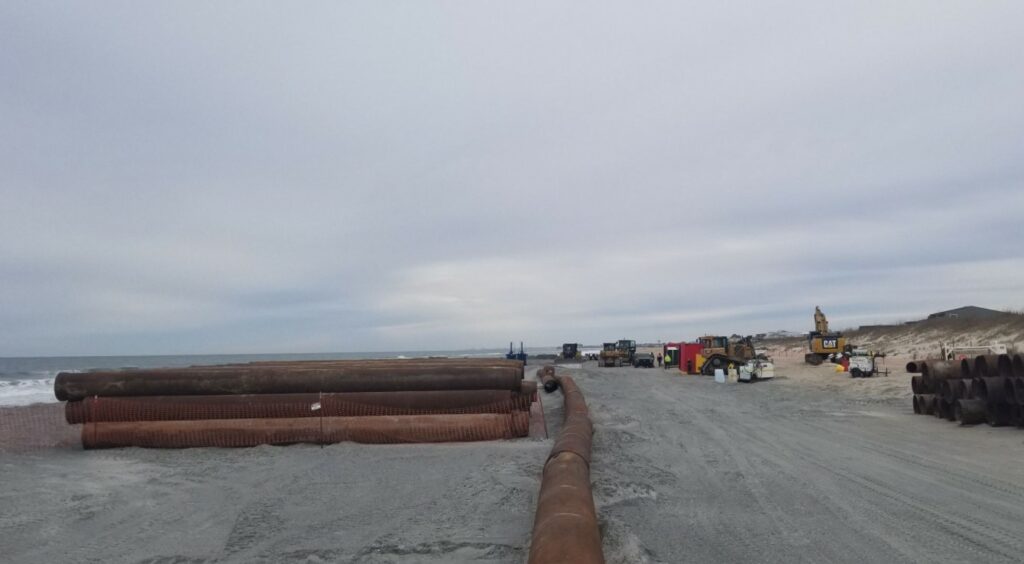