A record amount of sand is being moved to ensure Mandurah’s beaches are maintained and access to waterways is not restricted.

Department of Transport (DoT) General Manager of Coastal Infrastructure Steve Jenkins said that the annual sand replenishment at Dawesville had recently been completed with the second largest amount of sand moved in one campaign being recorded and similar work had begun at the Mandurah Ocean Entrance.

According to Jenkins, the movement of sand from a deposit on the southern side at both locations to the beach on the northern side ensured erosion of the beaches to the north was limited and the nearby navigation channels were maintained.

“At Dawesville a total volume of 114,000 cubic meters of sediment was mechanically moved from a sand trap on the southern side of Dawesville Channel to the north to continue the natural movement of sand along the coast,” Mr Jenkins said.

“The annual bypassing at Dawesville, which finished last month, allows people continued access and enjoyment of the beaches to the north at Avalon and Falcon at the same time as ensuring the navigational safety of the channel.”

Mr Jenkins added that bypassing at the Mandurah Ocean Entrance would continue until reaching the larger than usual target volume of 180,000 cubic meters. 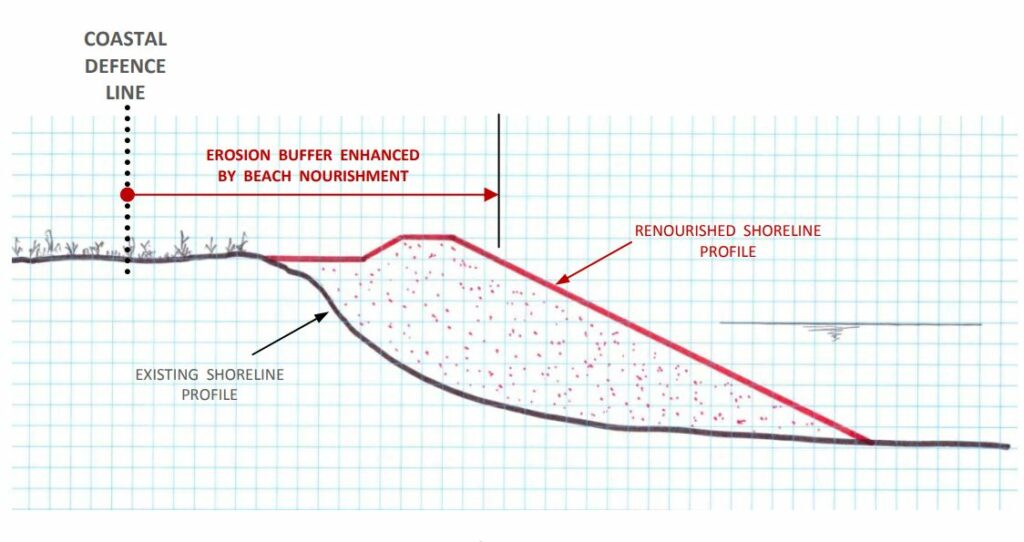