Construction at the new $500 million container terminal being built at the Port of Liverpool has reached an advanced stage. Work to reclaim 12 hectares of land has passed the first stage with further infilling due to take place over the summer.

The majority of 296 steel piles have been driven into the seabed, allowing the infilling of 1.43 million tonnes of sand and silts taken from the Mersey estuary and deposited behind the new quay wall, up to a level of (+)6 meters above ordinary datum.

Doug Coleman, Liverpool2’s Construction Director, said: “There are very few projects of this kind and scale going on in the UK, especially considering the impact of the exceptional tidal range.”

“We can only carry out the installation of anchor blocks and other infrastructure, including vibrocompaction, for a maximum of eight hours each day – two hours either side of each low tide. The one benefit is that the weight of water during high tide helps to compress the infilled material.

“The tide also means that for every million tonnes we bring in, we lose about 2.5% which is not significant in the scheme of things and is helped by our deliberate strategy of installing the new sewerage outfall pipe which acts as a barrier to minimize losses.

“Thanks to the project being ‘all-weathered’, the tide is the only major challenge we face from the elements, although high winds or freezing conditions inevitably mean that work has to be carried out slightly differently to minimize any consequent risks. Overall, the first phase of infilling progressed exceptionally well and I’m generally very pleased with how all the works are taking shape,” added Coleman.

The piling process, which began in 2014 and is due to be completed in the next few months, involves drilling from large jack-up rigs and inserting tubular piles to create a new 854m long quay wall. The area behind the wall has been dredged to bed rock to allow for virgin materials to be deposited.

The infilling process began in February with the arrival in the river Mersey of the ‘Willem van Orange’ trailer suction hopper dredger. The vessel has a handling capacity of 10,000m³ (21,000 tonnes) and took materials from a site 20 miles away from Liverpool2, with each dredging and discharge operation taking 6.5 hours from beginning to end.

The dredger is due to return at the beginning of July to begin the second campaign of infilling, which will see a further 4m tonnes of dredged material being harvested from the river.

Other significant elements of the project to date include:

As well as the further infilling, the next major phases of the work will include installation of capping beams, with bollard and fender blocks, and pocket dredging for the delivery of ship to shore cranes.

The site will be open towards the end of December 2015. 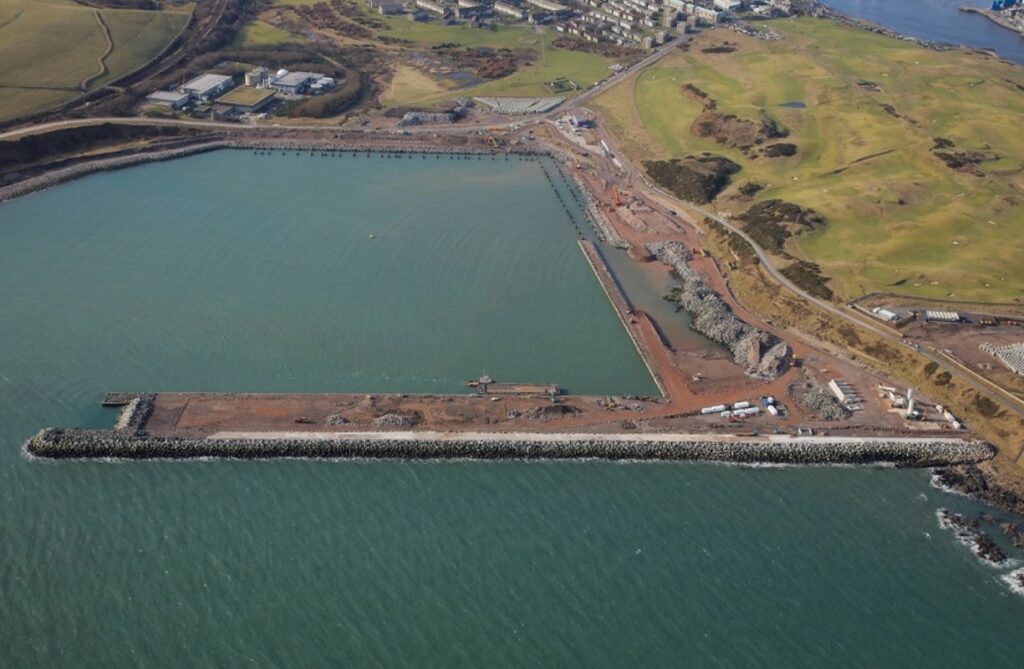