Jan De Nul Group is set to further expand its modern fleet with a self-propelled, cutter-suction dredger to be built at Croatian shipyard, Uljanik in Pula.

The vessel, currently designated “JDN8069”, will feature 1 × MAN 14V48/60CR + 2 × MAN 9L48/60CR engines as well as 3 × step-up, RENK Rheine gearboxes for a diesel-electric plant. RENK will also deliver the gearboxes for the cutter-head drive as well as for the dredger and booster pumps.

Upon completion, the vessel will be the largest of its type in the world.

Lex Nijsen – Vice President and Head of Four-Stroke Marine – MAN Diesel & Turbo, said: “This new vessel represents a significant development within the dredger segment in that, up to now, the largest installed power on similar vessels was approximately 27-28 MW, a figure the new vessel easily surpasses.”

The MAN L/V 48/60CR engine type is one of the most successful engine types used in dredging applications. Among the 56 such engines MAN Diesel & Turbo currently has on order for various marine applications, 14 alone are bound for installation aboard cutter- and hopper-dredger newbuildings for customers in Benelux and China. All engines will be built at MAN’s main facility in Augsburg, Germany.

The 48/60CR engines are equipped with key, in-house-developed technologies to optimize their economic and ecological performance, including:

The new vessel will be able to boast of over 40,000 kW total diesel installed power, making it approximately 50% more powerful than the Luxembourg outfit’s own ‘J.F.J. De Nul’, currently the largest cutter-suction dredger in the world.

JDN8069 is due for delivery at the beginning of 2017 and will operate globally. 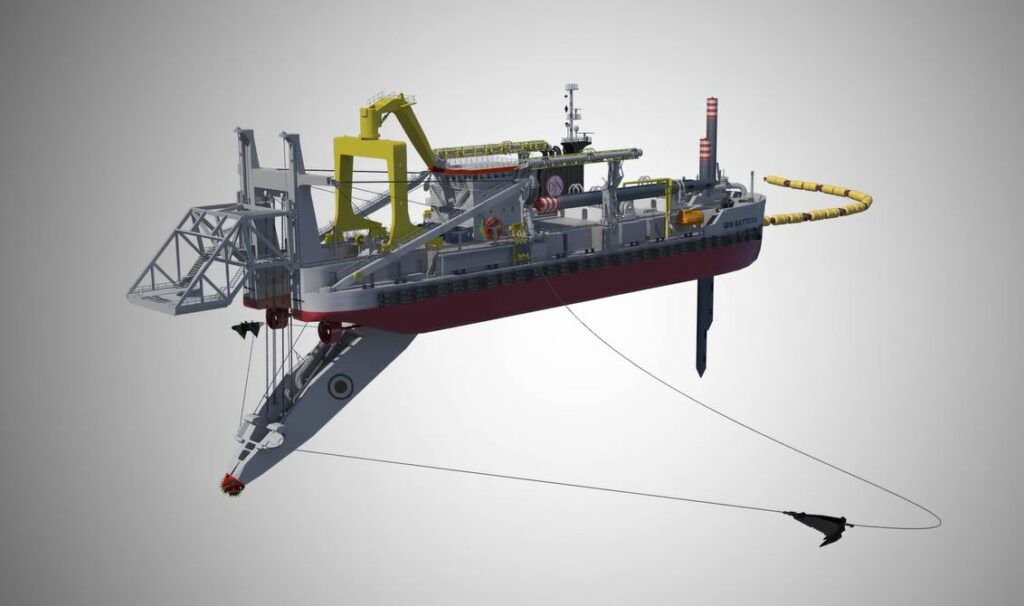