The Galveston beach renourishment project, using about 725,000 cubic yards of sand dredged from the Galveston Ship Channel, is creating new beaches from 61st Street to 103rd Street, an area in front of the seawall that has been without a beach for decades.

The $23 million project is a collaborative effort sponsored by the Galveston Park Board, City of Galveston and the Texas General Land Office.

This scheme is scheduled to continue through the end of October, and during construction, public access to west seawall beaches between 61st and 81st streets will be limited.

The U.S. Army Corps of Engineers, Galveston District, has just posted on its official facebook page the latest photos from this beachfill program: 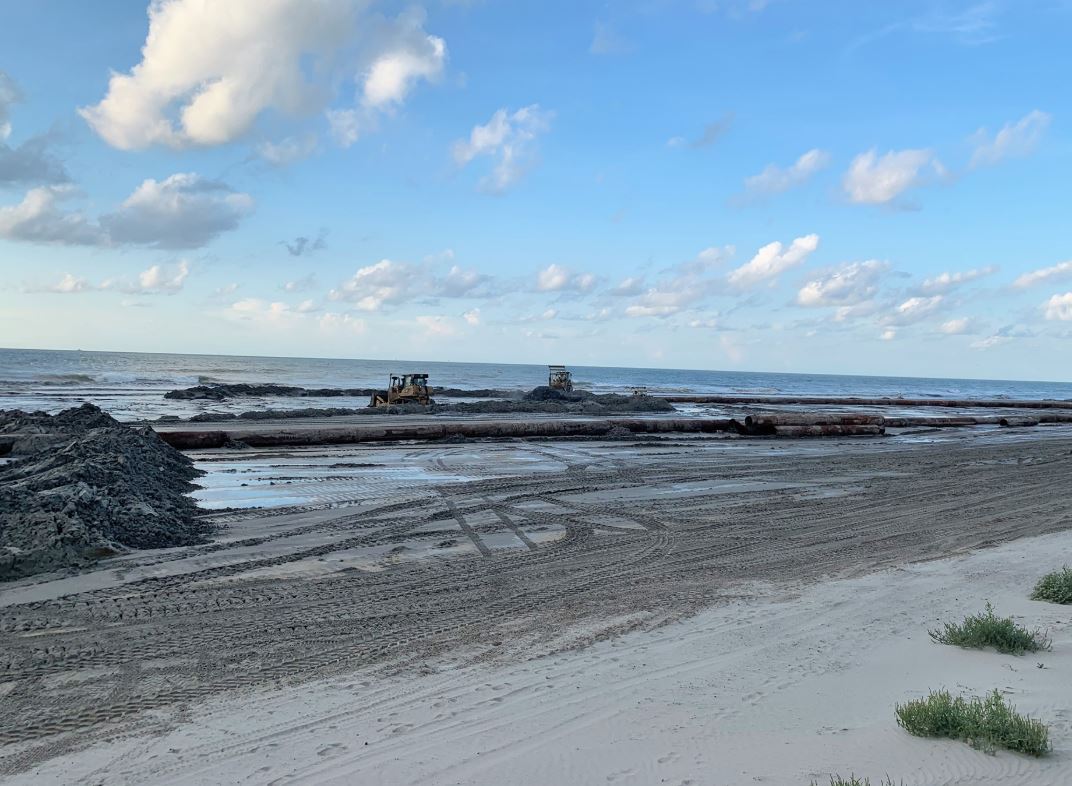