Two large deck cranes are fitted for work on- and changing of the equipment (boom, stick and bucket) of the excavator.

The vessel includes all the necessary equipment such as a large deck workshop, stores, machinery and an accommodation fully outfitted to receive a crew of eight.

With the spuds of 40 m length, she will be able to dredge to depths of 32 m. The biggest bucket will have a capacity of 45 m3, nearly 1½ times the volume of a 20’ ISO container.

One of the spuds located fore is mounted in a carrier to move it precisely whilst working.

The excavator, based on a Caterpillar 6090, was completely re-built by and to suit Boskalis needs. The total installed power on the excavator is 4,100 kW.

The bucket of the Magnor will be able to lift no less than 67,000 kilograms of dredged material.

The complete lifting section with the boom, the stick, the hydraulic cylinders and the bucket were developed by Boskalis.

An interesting innovation is the use of water cooling for the engines and hydraulics. That delivers huge improvements in terms of fuel consumption and, above all, noise reduction.

The detailed design of the dredger was provided in-house by Ravestein in close cooperation with the Boskalis team. The dredger and all its components are built according to Bureau Veritas classification.

The Magnor was launched mid-February and planned delivery to Boskalis is scheduled for April 2016. 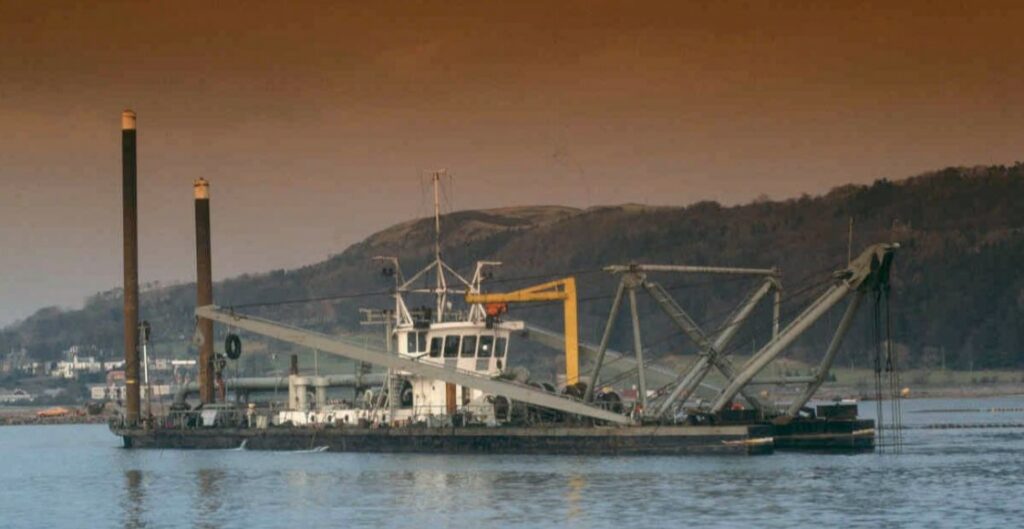