Delft University of Technology has just released a very interesting video about an experiment on how rivers behave, what determines their shape and what is the role of vegetation in the development of riverbanks.

The two principal changes that determine the shape of a river are the bed level changes and the processes on the banks.

When a river meanders, the banks erode on one side and extend on the other. There are currently multiple models that use the strength of the flow to calculate how the banks erode.

“But problems arise when trying to calculate their extension as there are no models for this. It is often assumed that the land that erodes from one bank, expands the other. But it isn’t that simple due to, among other things, the role of vegetation in the process and that is what my research is on. I want to know which role vegetation plays in the development of riverbanks,” said Vargas.

To discover how this works and then model it, Vargas started his experiment at the lab with a straight, narrow, elongated channel in the large flume.

He created scenarios with and without vegetation.

“During Phase 1 we subsequently allowed the water to flow for 90 hours: sandbanks developed as well as erosion on the other side. During Phase 2 we did the same again, but after a week we placed vegetation along the floodplains. During Phase 3 we repeated the entire process, this time not only putting vegetation on the flood plains, but also on the sediment bars,” Vargas added.

During every phase Vargas threw small, black squares into the river that could be detected by a photo camera, allowing him to measure how the water flowed. 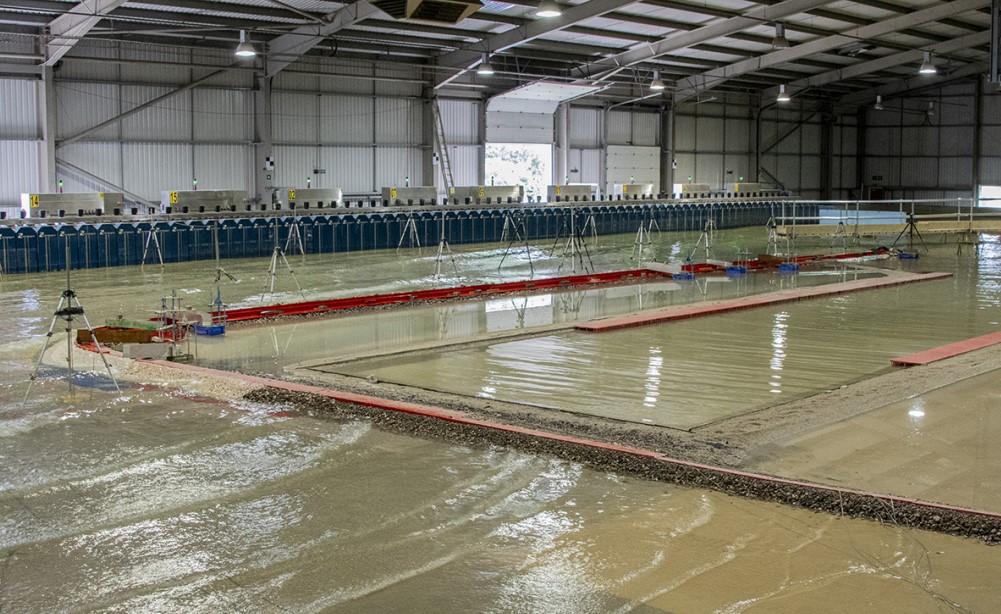