The Waterside Marina Brightlingsea dredge was managed by BHC as part of the preparation for its recent successful sale at auction.

Its incorporation into BHC’s overall dredging plans brought several benefits including the opportunity to evaluate a tidal sedimentary dispersal system.

Detailed monitoring of both water quality and sediment accumulation around the harbor prior to, during and after the dredge revealed that the operation was highly successful with no noteworthy deposition of sediment and water quality remaining well above recommended levels at all times.

Planning for the main harbor dredge and its associated saltmarsh restoration program, which will utilize the material dredged from the harbor as the foundation for restored saltmarsh, is already underway and work will continue until 2020.

BHC has joined forces with partners in England, France, the Netherlands and Belgium who are in turn part of the European Using Sediment As a Resouce (USAR) Project. USAR aims to introduce a resource-efficient approach to dredging, based on the potential for re-use of dredged sediments in a number of novel applications.

The company is working with leading international dredging consultants, Exo Environmental, who will manage the project and provide the required technical expertise.

Exo Environmental’s Director William Coulet explained: “The four-year program will be divided into stages with the timing of each phase calculated to mitigate impact on harbor users, wildlife and the marine ecosystem, whilst at the same time maximizing the efficiency of the dredging operation.”

“From Autumn 2016 dredging will commence in earnest with phase one covering the main entrance and access channel to Brightlingsea Creek and restoration of saltmarsh on Cindery Island. Subsequent dredges will cover the harbor’s north and south channels and additional areas of saltmarsh on the mainland shores.”

“By 2020 we anticipate having achieved the required depths throughout the harbor, removed an estimated 80,000 cubic meters of dredged material and regenerated and protected approximate 8ha of saltmarsh. We will then move into a long-term maintenance dredging program, safeguarding the harbor for the future,” said Coulet.

Jim Addison, Chairman of Brightlingsea Harbor Commissioners, added: “Silt accumulation is  a significant issue for all harbors on the British East Coast and we have also lost a very significant area of saltmarsh in recent decades, which is essential for both flood protection and the marine environment’s natural balance.”

According to Addison, this project will bring clear benefits to both harbor users and local residents, and will set out maintenance objectives for the future. 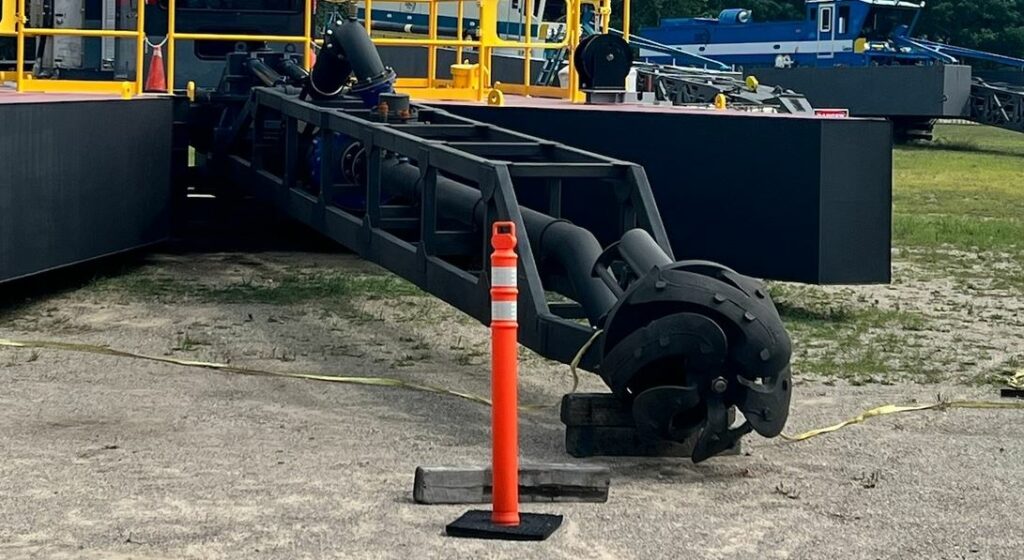