Over 60 per cent of the population live near to the coast, and 208,000 properties across Wales are at risk of flooding from the sea or rivers, Wales Audit Office said in its latest report.

Severe coastal flooding in the winter of 2013-14 was the latest incident to dramatically highlight the vulnerability to flooding and erosion of some coastal communities, business and infrastructure.

In 2011, the Welsh Government published its ‘National Strategy for Flood and Coastal Erosion Risk Management’ and four Shoreline Management Plans now provide greater insight into the risks of coastal flooding and erosion, together with suggested approaches to manage these risks.

This latest report considers the progress made by the Welsh Government and its partners on flood and coastal erosion risk management, finding that recent investment has improved coastal protection and delivered some wider benefits.

The report notes that further improvements are needed to address capacity issues, plan for the long term and to ensure that spending is prioritized to the areas of greatest need. Although the pace of change has been slower than planned, there is fresh impetus since the Coastal Flooding Review following the winter storms in 2013-14.

Estimates indicate that to implement the projects in the Shoreline Management Plans, would require £20 million rising to £30 million of investment each year to the end of this century.

The Welsh Government has made a commitment that, from 2018-19 to 2020-21, a new £150 million Coastal Risk Management Program will support councils to deliver further projects in line with their Shoreline Management Plans.

The Government’s core funding for other activities is allocated annually through the Flood and Coastal Investment Program and there are currently no firm funding plans for capital investment beyond 2020-21 when the Coastal Risk Management Program ends.

For the communities identified in Shoreline Management Plans as having an unsustainable future, the prospect of managed retreat is threatening.

The report calls for a clear national strategic lead on managed retreat and for the Welsh Government to set out some options so that councils can work with these communities and improve their safety. 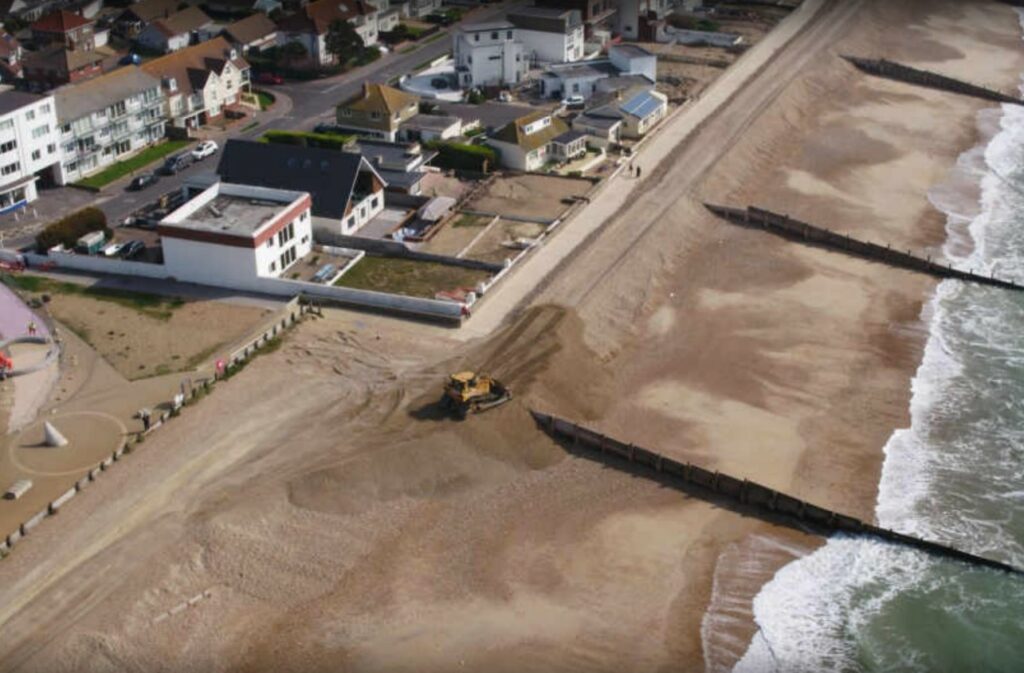