Coastal works are being carried out on some failed sections of the revetment near the Broadmarsh Coastal Park in Havant.

Storms over the winter of 2015/16, and further storms in the spring of 2016 caused damage to the concrete, and repairs are now being undertaken to ensure that the defense remains operational.

The revetment was originally constructed to protect reclaimed land behind. Several failures have occurred over the past year due to persistent storms, aggressive wave action and surface water putting pressure on the revetment.

Avon Construction Ltd have been appointed by Havant Borough Council to carry out the works. 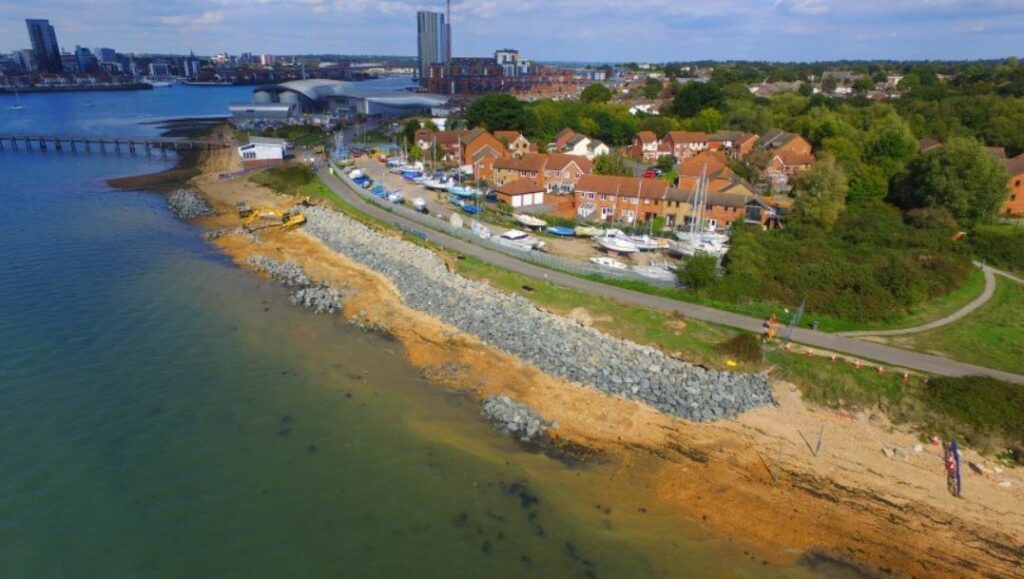