Maintenance dredging within Oceanside Harbor continued last week with the contractor, CJW Construction, reporting having removed approximately 34,220 cubic yards of material from the harbor’s entrance channels from September 15 through 21.

According to the U.S. Army Corps of Engineers, Los Angeles District, the contractor reported one day lost to large ocean swells in this reporting period.

Material dredged from the entrance channels is being placed along Oceanside’s beach. Placement of beach quality material along the shoreline is a beneficial byproduct of the maintenance dredging project. CJW is currently discharging material just north of the Oceanside pier. 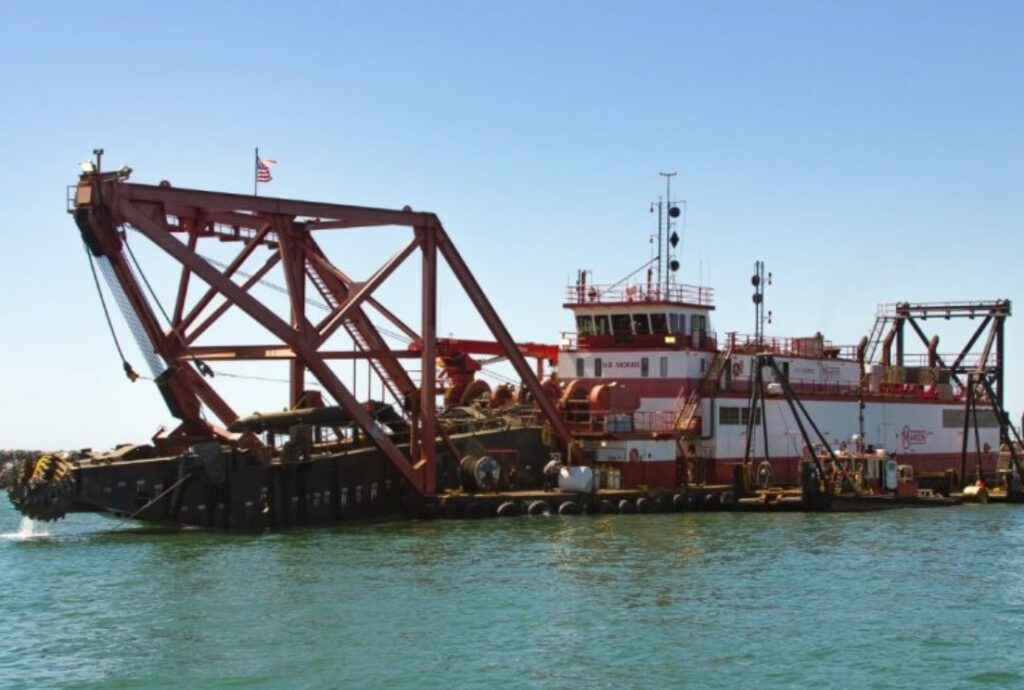