The Rhode Island Department of Environmental Management (RIDEM) and the U.S. Army Corps of Engineers are working together to complete the repair project.

The scheme will be completed under the terms of a $8.7 million contract awarded on August 27, 2014 by the Corps of Engineers to RC&D, Inc., of Pawtucket, RI. RIDEM will be funding approximately $2 million via a HUD grant, of the contract amount for the construction of the revetment on State property.

“The work to construct the ocean shoreline stone revetment at the Camp Cronin fishing area in Narragansett was completed in May 2015. The contractor began work on the breakwater repair in October 2015 and demobilized from the site in May 2016 so that Camp Cronin Fishing Area and overlook site could be used during the summer recreation season. In mid-October, the contractor will mobilize on site to complete constructing emergency repairs to the adjacent East Shore Arm Breakwater of the Point Judith Harbor of Refuge Federal navigation project,” said Corps of Engineers Project Manager, Jennifer Flanagan.

“The existing shoreline and breakwater were both damaged during Hurricane Sandy in October 2012.”

The repairs will be performed to restore the breakwater to the original profiles and cross-sections. 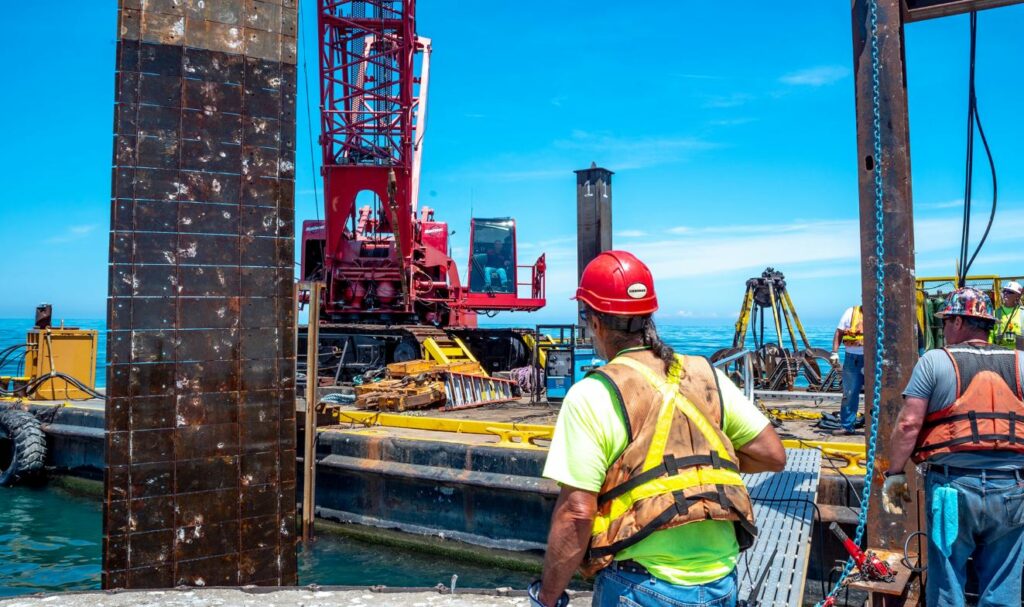