The Corps awarded the dredging contract in December to Manson Construction Co. of Seattle, Washington, for approximately $23.6 million.

According to USACE, the project that is sponsored by the Naval Submarine Base Kings Bay is critical to commercial cargo transiting the port and also to the Navy base, which shares the entrance channel.

The project includes maintenance dredging of the entrance channel and parts of inner channel, returning the project to its authorized dimensions. It also includes beneficial placement of beach compatible sand at Fort Clinch State Park and the northern portion of Fernandina Beach.

The project helps off-set natural erosion at Fort Clinch while the groins help protect the fort from the dynamic water-flow. Manson Construction placed an estimated 100,000 cubic yards of sand at Fort Clinch beach.

The contract originally had two alternative placement areas for Fernandina Beach: Alternative A – from Jasmine Street (where most Hurricane Matthew erosion occurred) to approximately Sadler Road, and Alternative B – from Kimberly Street to Dolphin Avenue. Contract bid costs came in higher than available funding to transport sand so far down the beach, so the Corps awarded Alternative B with the northern placement area.

The awarded beach placement area starts near Fort Clinch State Park’s coastal boundary and can go as far south as Dolphin Avenue. However, the placement will move from north to south until all material runs out, so it may not reach all the way to Dolphin Avenue. The Corps estimates the contractor will place about 150,000 cubic yards at Fernandina Beach.

The contractor will disperse about 1.1 million cubic yards of non-beach compatible sand between the approved nearshore disposal area and an offshore disposal site.

USACE officials say dredging will end no later than March 31, which is the end of the environmental turtle window allowing hopper dredging. 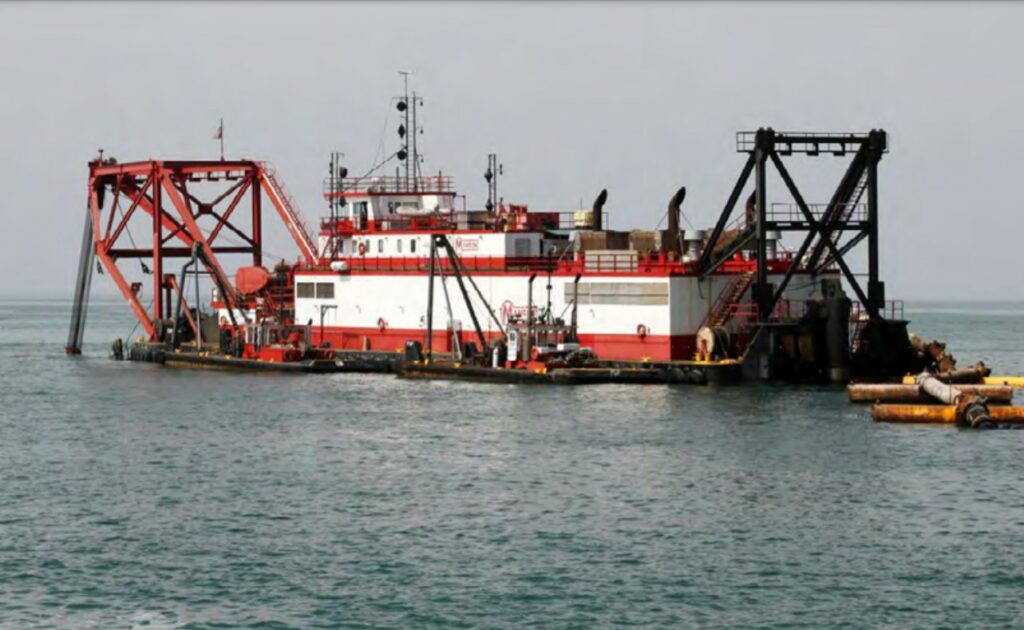