The 111 meter long dredger was built for Weeks Marine, marine construction and dredging contractor based in Cranford, NJ.

“It’s been quite a long time in the making,” Joey D’Isernia, President of Eastern Shipbuilding Group, said at the ceremony. “It’s a big milestone day for all of our employees and for the community.”

The TSHD is equipped with a dynamic positioning and tracking (DP/DT) system, and eco pump controllers from Royal IHC.

IHC’s DP/DT system is the benchmark for TSHDs and has already been delivered to nearly 40 vessels.

It is expected that this new TSHD will be delivered to Weeks Marine by the end of this year. 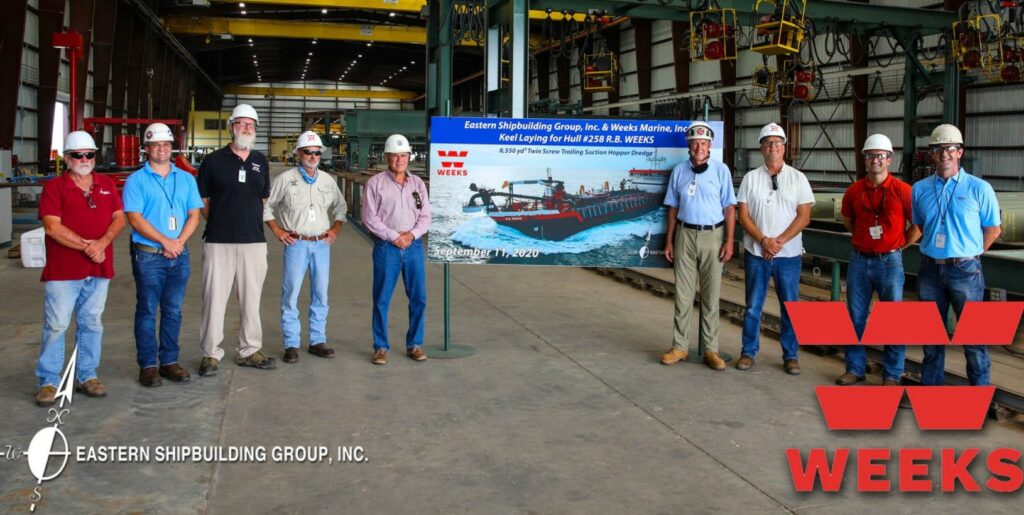