Cameron Hall, Managing Director of Hall Pacific – the company contracted by New Zealand contractor Hawkins to undertake the works – said his team had dredged a 50 meter wide channel that stretched over 200 meters in length and 5.5 meters deep.

“The channel will provide access to the new inter-island shipping wharf in South Paray Bay and is one of many wharf and jetty rehabilitation and construction projects across the country being funded by the Asian Development Bank and New Zealand Ministry of Foreign Affairs,” Mr Hall said.

“The hard limestone material dredged as part of the works was pumped to a reclamation area and will be used in constructing the new interisland shipping terminal and access roads.”

“The material was also used to create additional space for containers at the port, essentially allowing 60 meter long cargo ships to now use the channel.”

Mr Hall said that a team of 18 staff had been tasked with carrying out the dredging works, with a number of Pacific Islanders trained as workboat operators, engine watch-keepers and deckhands as part of the $3 million project.

The project is the first the company has undertaken in Vanuatu. 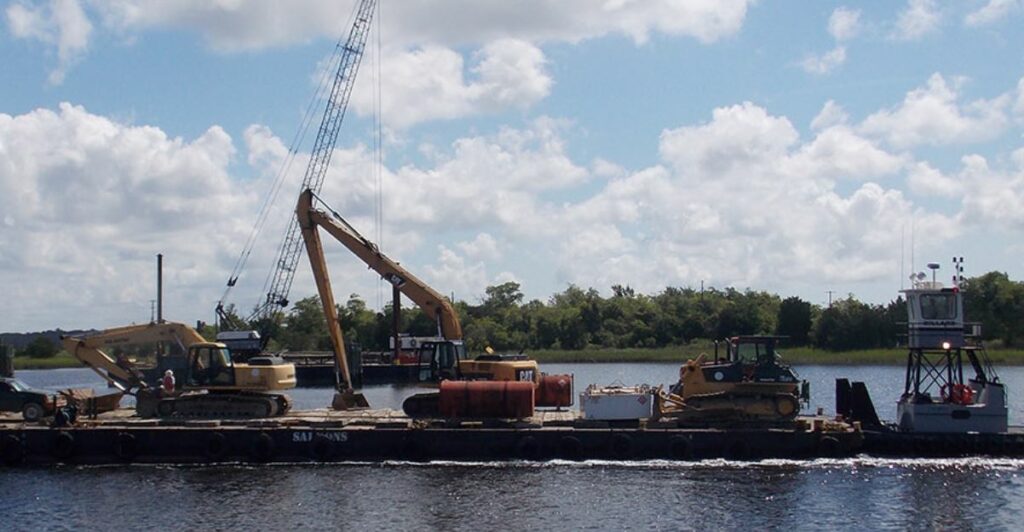