The Palaszczuk Government’s State Budget will provide a down payment of up to $75 million for the Townsville Channel Capacity Upgrade (TCCU) project, subject to finalization of an environmental impact statement and business case assessment.

The Premier said that the project would provide a further boost to the North Queensland economy by:

“Queensland has a record year for exports last year with $52 billion in overseas sales,” the Premier said. “The Townsville Port is northern Australia’s primary container, general cargo and automotive port. The Port handles around 10 million tonnes of product worth over $10 billion each year, and services 70% of the population in northern Australia.”

“Subject to the EIS, which requires Federal Government approval, and business case approvals, my Government is prepared to commit $75 million towards the costs of the project, and work to get a matching commitment from the Turnbull Government.”

Treasurer Curtis Pitt said that the Palaszczuk Government has made it a priority of the 2017-18 Budget to facilitate economic infrastructure, particularly in regional Queensland.

“The Government is prepared to invest $75 million – $13 million in dividends and $62 million equity injection – for the TCCU subject to receiving all environmental approvals and securing the balance of funding through the City Deal,” he said.

Ports Minister Mark Bailey said that the Port of Townsville was a vital and strategic trading port for North Queensland and that the Port Expansion Project now incorporated on-land beneficial re-use of all capital dredge material.

“Consistent with our Reef 2050 Long-Term Sustainability Plan commitments, no capital dredge material will be permitted to be placed at sea,” Mr Bailey said.

“This project is one of a number of significant initiatives that will cement the Port of Townsville as Northern Australia’s premier trade and logistics hub, including the Palaszczuk Government’s acceleration of the $55 million Berth 4 upgrade, which will double the Port’s container trade capacity.”

Minister Assisting the Premier on North Queensland Coralee O’Rourke said widening the channel would not only mean jobs for locals now and but also for the future. 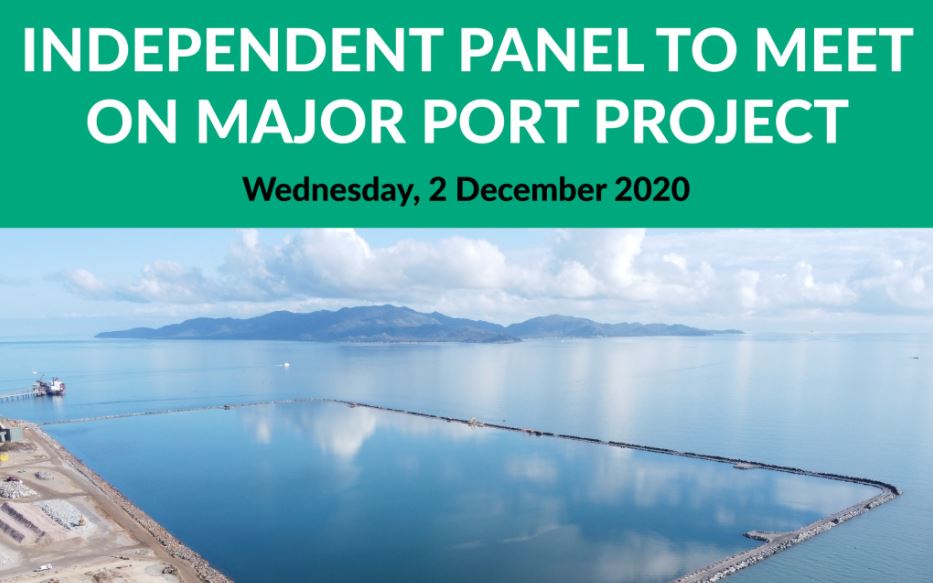