Manson Construction Company, the contractor, has dredged about 405,000 cubic yards of sand from the harbor’s entrance channel.

Manson will dredge up to 425,000 cubic yards or complete dredging operations by Monday, June 12, USACE said. The contractor has already met the base contract requirement to remove 280,000 cubic yards of material from the channel.

The continuation of dredging beyond the base contract quantities is the result of remaining material in the channel, the availability of additional funding and coordination among USACE, the City of Oceanside, which is the project’s sponsor, and the appropriate permitting agencies.

Manson is currently placing sand just south of the Oceanside pier and intends to move the discharge point to just north of the pier to complete the project. 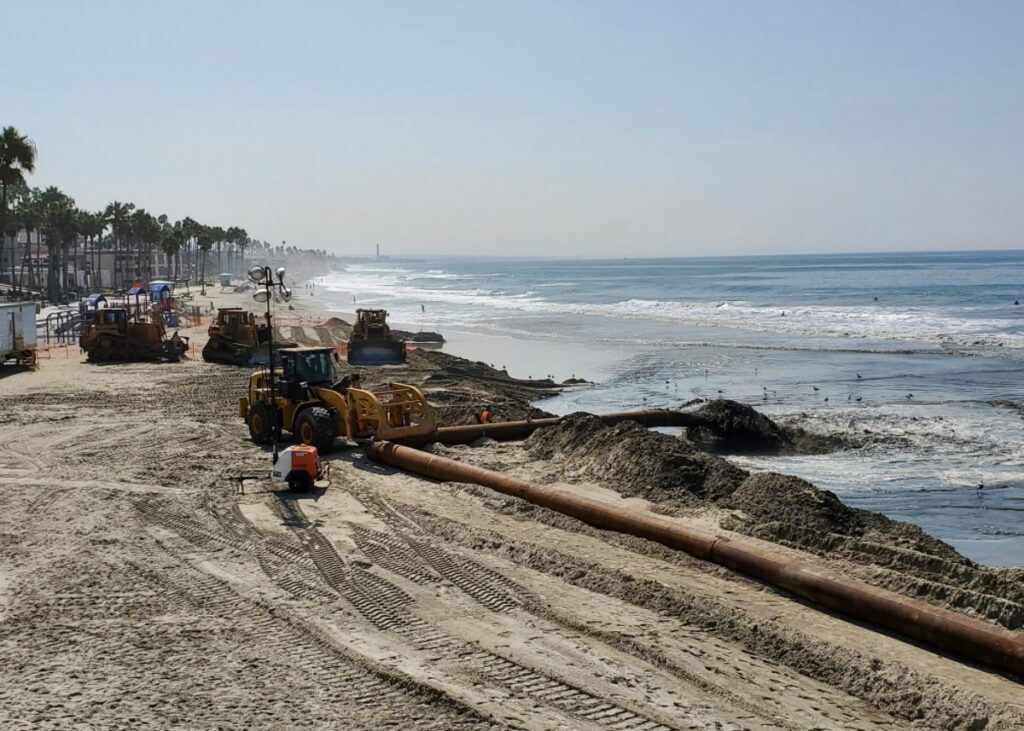