According to the Corps, the contractor removed a total of 390,000 cubic yards of sediment material to allow for safer passage for commercial and recreational traffic.

The contract was awarded to Luedtke Engineering Company of Frankfort, MI and dredging began on May 17, 2016.

“Dredging the Rochester Harbor has been an important part of my efforts to improve our region’s transportation infrastructure for years. If we didn’t maintain this harbor, our businesses that count on it would run the risk of closing, threatening jobs and the livelihoods of families in our community,” said Congresswoman Louise Slaughter.

“Completion of this project opens the harbor to greater commercial traffic and provides safer navigation for commercial and recreational vessels,” said Lt. Col. Adam Czekanski, U.S. Army Corps of Engineers Buffalo District commander. “We are grateful for the advocacy of Congresswoman Slaughter and Mayor Warren, as well as other state and local partners, who have worked hard to secure funding for the effort. We look forward to assisting the community with any future projects to improve harbor infrastructure.”

The frequency of dredging in Rochester is subject to the availability of funds and when sufficient funding is in place, the Corps of Engineers schedules dredging every other year in order to maintain federally authorized depths.

The Genesee River channel has an authorized depth of 23 feet at the entrance and 21 feet throughout the channel. 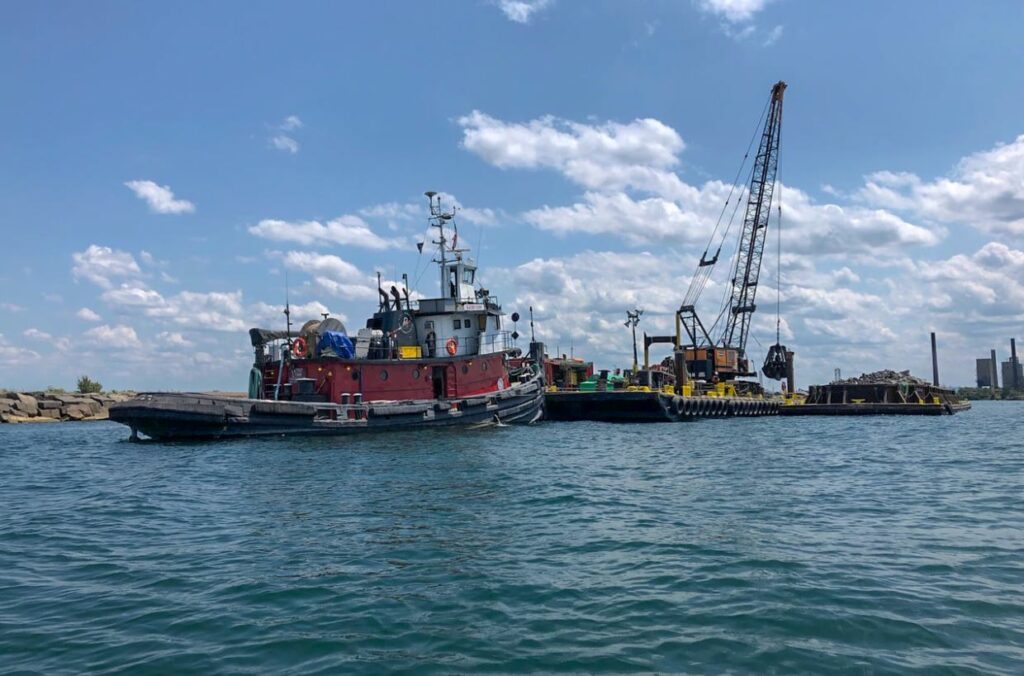