Dredging Today brings you an overview of the most popular stories from the past week (July 10-16, 2017).

Going Against the Flow with Royal IHC’s Plumigator

Overflow systems are designed to optimize the efficiency of the dredging process by draining excess water and leaving more weight available for the payload, thus limiting the amount of turbulence in the hopper.

Bakker Sliedrecht has been awarded a contract for the engineering, delivery and commissioning of the electrical power plant and auxiliary electrical installations for the world’s most powerful cutter suction dredger (CSD) Spartacus.

Boskalis has been awarded a Letter of Intent (LOI) in joint venture with Van Oord for rock placement services for the Nord Stream 2 project.

The Port of Rotterdam Authority and PUMA signed the contract for the construction of the site of the Offshore Center.

The Ukrainian Sea Ports Authority (USPA) said in its latest announcement that they continue to carry out operational dredging in Chernomorsk seaport.

International Container Terminal Services Inc. (ICTSI) and the Belgium based Dredging International (DEME Group) have signed a Memorandum of Understanding (MOU) to co-operate in the further deepening of the Congo River, DR Congo. 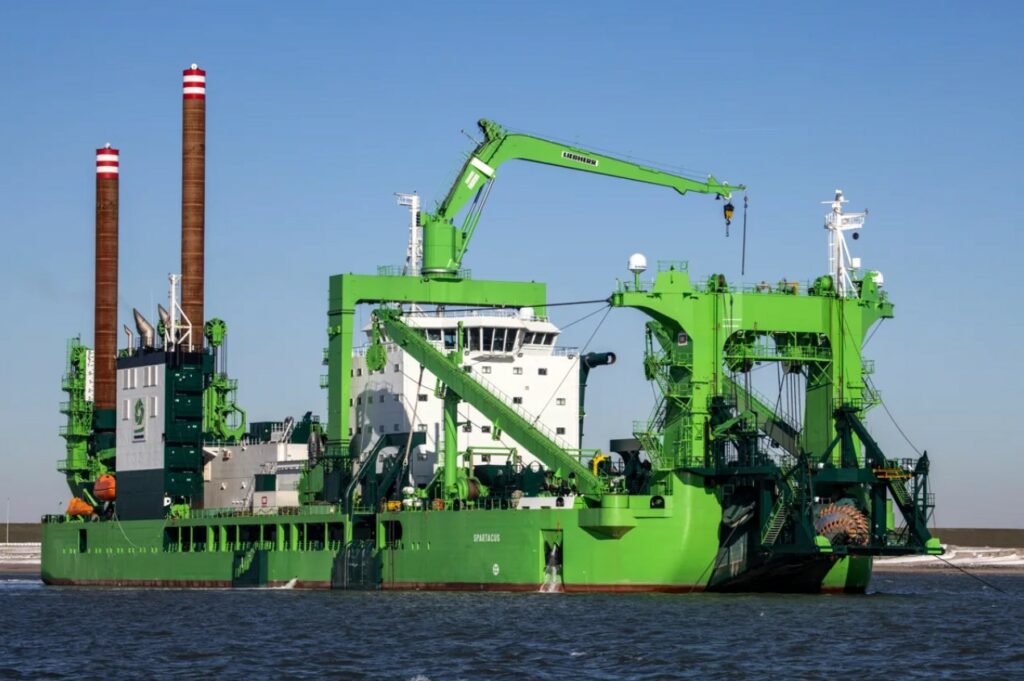