Weeks Marine to Expand Its Dredge Fleet with New CSD

Construction is underway in Belle Chase, LA, at C&C Marine and Repair, said WMI in its release.

“While the national coastal restoration and protection market is growing, we are especially optimistic about the market here in Louisiana. We have taken note of the Governor’s and the Legislature’s commitment to the Master Plan and the protection of critical dedicated funds for their intended purpose,” said Richard S. Weeks, WMI President.

“The J.S. Chatry is the next advance in technology, efficiency and productivity and I am excited about what it means for both Weeks Marine and for the capacity of nation’s dredging industry,” added Eric W. Ellefsen, WMI’s Executive Vice President. “We are making this investment, in part, because we must stay ahead of the competition in the markets we serve – competition that is not standing still.”

The CSD is 310 feet long, 72 feet wide. Her pumps are powered by GE’s Tier IV diesel electric engines. Those engines and others provide 23,269 total installed horsepower, with 3,000 hp on the cutterhead.

When the dredger is not offshore, it is equipped with a walking spud carriage for efficient work in inlets and in protected waters. 52 people can be comfortably housed onboard, WMI said.

The J.S. Chatry will be WMI’s sixth major dredging capital expenditure since that announcement.

This fall, the $110 million 8,500 cubic yard hopper dredger Magdalen will be christened in New York. She is now in the water being fitted out and preparing for sea trials.

The Magdalen will become WMI’s third hopper dredger. It will be WMI’s largest, fastest, most fuel efficient, most powerful pumping, and most highly automated hopper dredge, and will double WMI’s current hopper dredge capacity, the company stated. 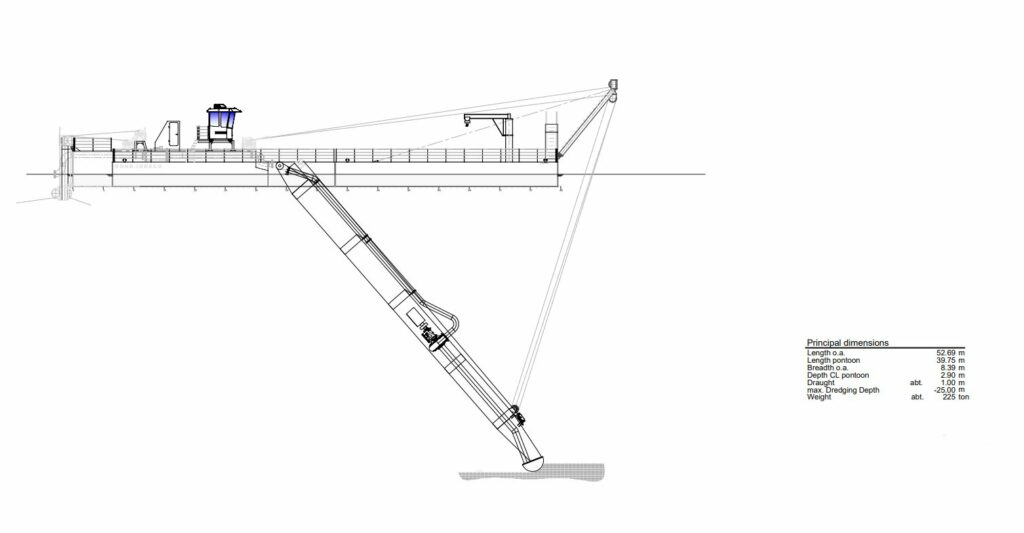