China Harbor Engineering Company (CHEC) has begun with the dredging of Yuzhny Port which will increase water depth at docks 5 and 6.

According to the port, this second project at Yuzhny is mainly aimed at the reconstruction of the access channel and the interior waterways of the harbor.

Under the terms of the contract, CHEC will increase draft at the docks to 21 meter and will expand the width of the access channel to up to 230 meters from the current 180m.

USPA also reported that it will invest a total of $22.5 million in the project, which is expected to be completed by 2019.

“The execution of the project will increase the competitive advantage of Port Yuzhny and will reinforce its status as the deepest one in Ukraine,” the president of USPA, Raivis Veckagans noted.

For the project, Chinese dredging company brought in its trailing suction hopper dredger “Tong Li” which arrived at the port on July 24.

The Yuzhny seaport dredging project envisages the creation of water approaches and inland water approaches by the state enterprise Ukrainian Seaports Authority for its newly built quay № 25 which will ensure the functioning of one of the largest grain terminals in Ukraine. 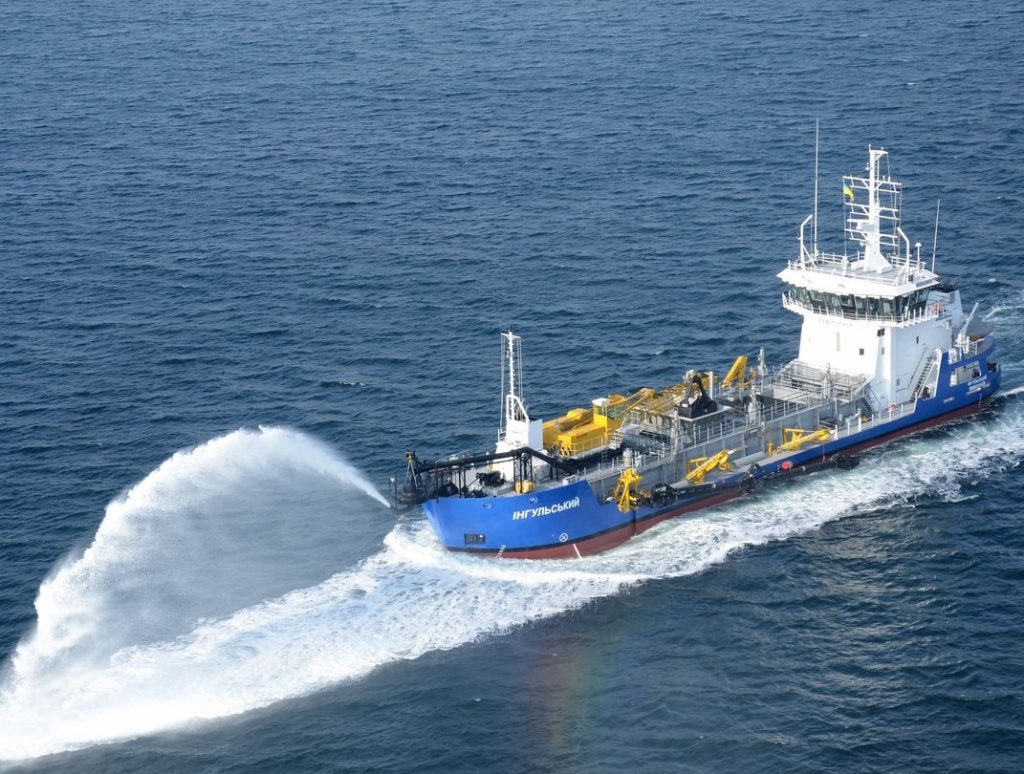