The Maritime and Port Authority of Singapore (MPA) said in their latest release that two new bodies have been identified as the missing crew members of Dominican-registered dredger JBB DE RONG 19, following a collision with the tanker Kartika Segara in Singapore territorial waters last month.

“The first body was found south of Raffles Lighthouse in Singapore waters on September 16, and family members of the crew member have since claimed the body,” according to the announcement.

The second body was found 1.9 nautical miles northwest of Tanjung Sengkuang in Indonesian waters, off Batam, on September 17 and was in the process of being claimed by family members.

Of the 12 crew members on board the trailing suction hopper dredgers (TSHD) JBB DE RONG 19, seven have been rescued, and four bodies, including the two new ones, have been recovered and identified.

The accident occurred on 13 September, about 1.7 nautical miles south-west of Sisters Island.

The dredger was transiting the westbound lane while the tanker was departing Singapore joining the eastbound lane of the Traffic Separation Scheme (TSS) in the Singapore Strait when the incident happened.

A total of 12 crew – 11 Chinese nationals and one Malaysian – were on board the dredger at the time of incident. 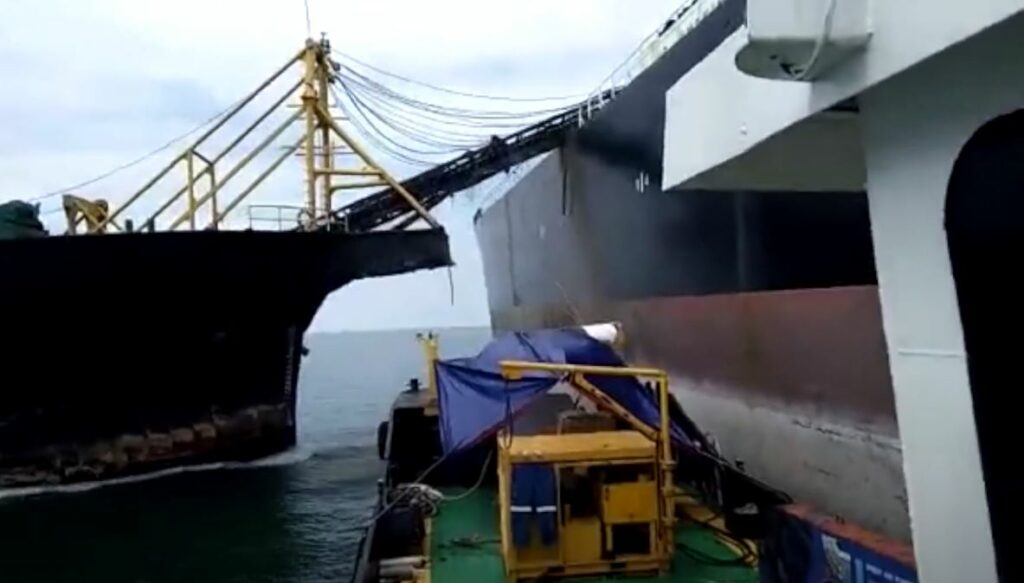