The TSHD arrived at the Niestern Sander shipyard’s floating docks on November 26th.

“Moored between the two docks, the dredging vessel was scheduled for several repair works in the upcoming days. Several pipes all over the vessel were molded and renewed to restore the Charlock in its original state again,” Niestern said in their announcement.

All this piping was customized in the warehouse nearby the floating docks. Also, a coupling of the jet pump suction installation in the foreship had to be replaced. Finally, various small ironworks were also carried out aboard the TSHD.

After four days, the vessel left the shipyard. 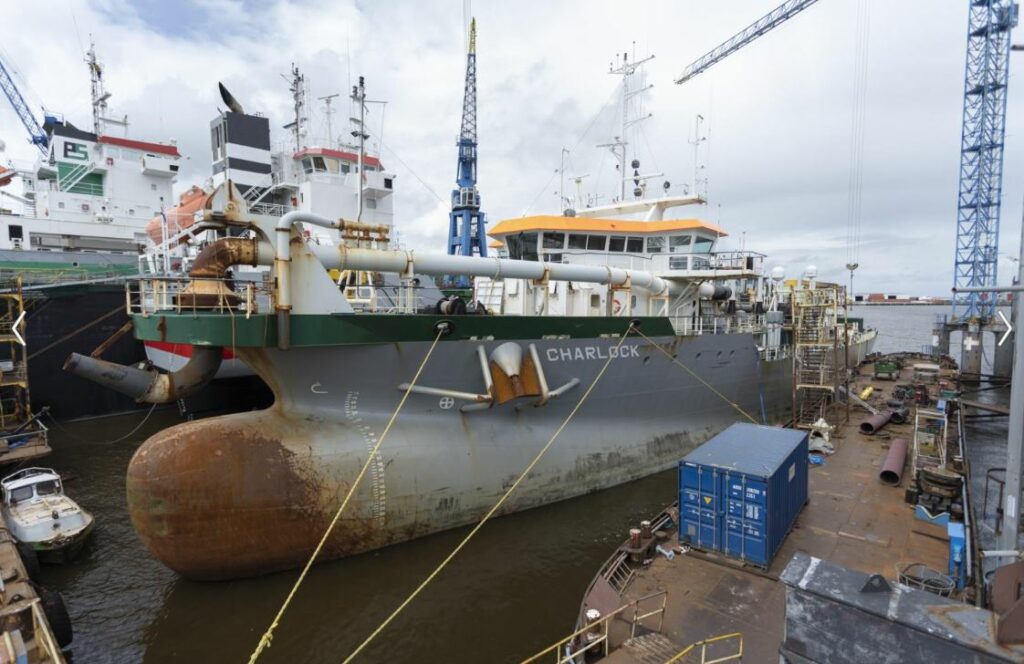