“The recent deliveries of four state-of-the-art vessels, constructed by nearly 700 American workers in U.S. shipyards, are a reflection of the U.S. dredging industry’s continued investment in building dredgers with increased capacity for complex operations while maintaining the highest environmental and safety standards for dredging operations,” AMP said.

These vessels represent more than $310 million in new vessel construction in the United States, and have helped to support the U.S. shipyard industrial base, added the partnership in the announcement.

Magdalen arrived on January 2, 2018, to Southport, North Carolina, and is now working on one of the state’s most critical projects: the protection of Highway 12 in the Buxton area on North Carolina’s Outer Banks.

Over the course of three and a half years, more than 250 shipyard employees at Eastern Shipyard in Florida were involved in the construction of the vessel.

The construction of the new dredger Ellis Island and tug Douglas B. Mackie took place in Panama City, Florida, and employed more than 400 shipyard workers over the three-year construction period.

Manson Construction Company placed into service the 30-inch ABS cutter suction dredger Robert M. White in July 2017. Constructed in Morgan City, Louisiana, by Halimar Shipyard, the dredger was named in honor of a long-term Manson employee who was a leader in maritime industry safety. 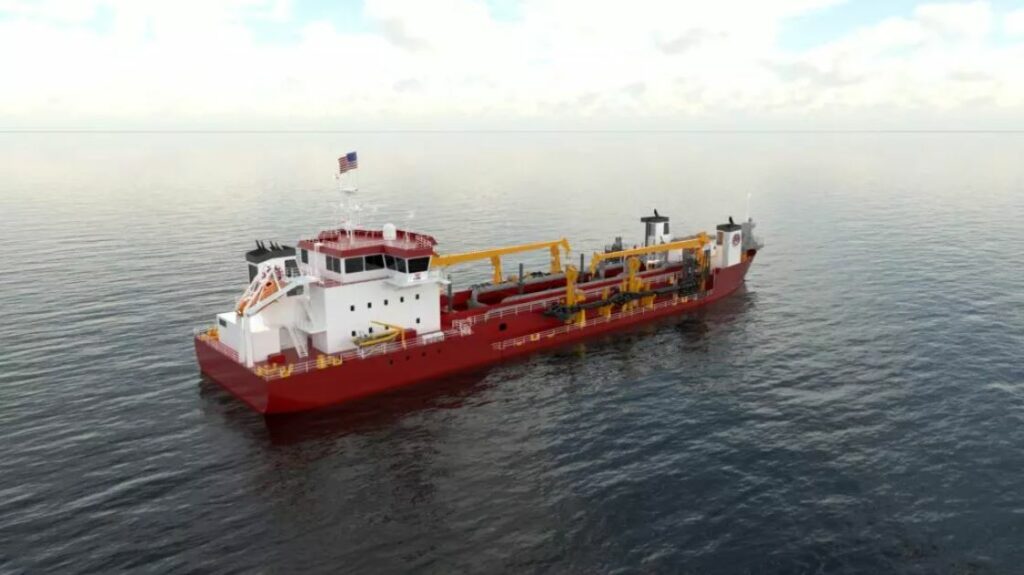