The Agriculture, Countryside and Land Management Services of the States of Guernsey has just released the latest update on their L’Ancresse coastal protection project.

The work has entailed the formation of a rock armor protection over the existing toe of the wall, predominantly in front of panels 4 and 5.

Boulders in the region of 3-4 tonnes has been used and were passed over the wall in order to reduce impact on the environment at L’Ancresse.

Once on the beach a trench was dug in front of the existing toe and a layer of 4 tonne rocks placed below the beach level, on top of a geotextile membrane, to establish a secure base for the structure.

The rock armor was then placed so that it interlocked to create a stable structure against the tidal forces acting upon it.

Due to adverse weather conditions during the second week the project has taken a week longer than planned. 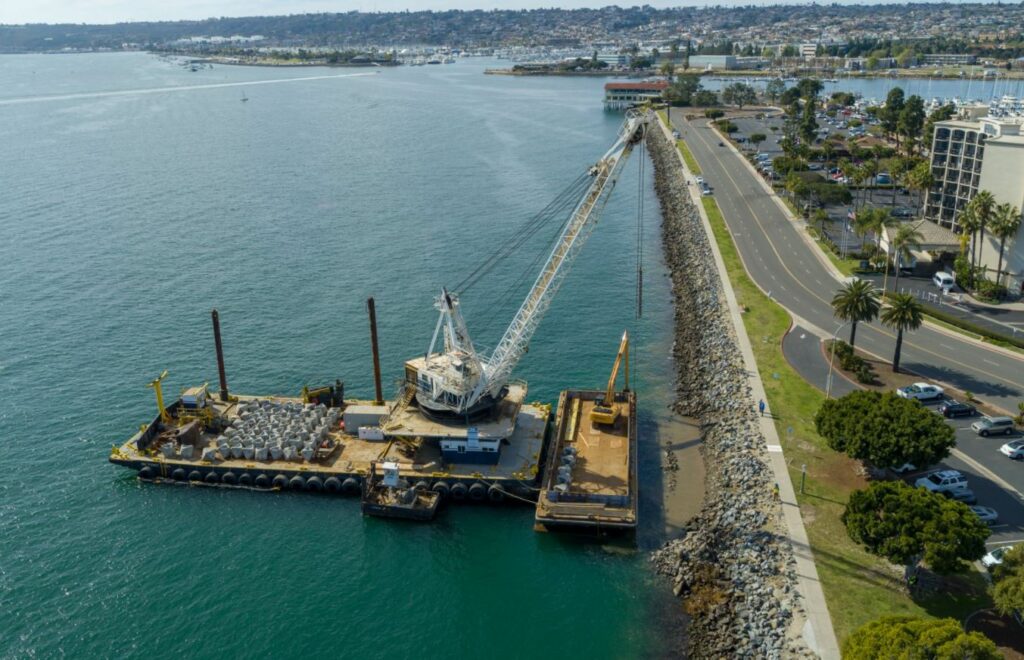