Arrival of the Goliath Marks Another Milestone for Aberdeen Project 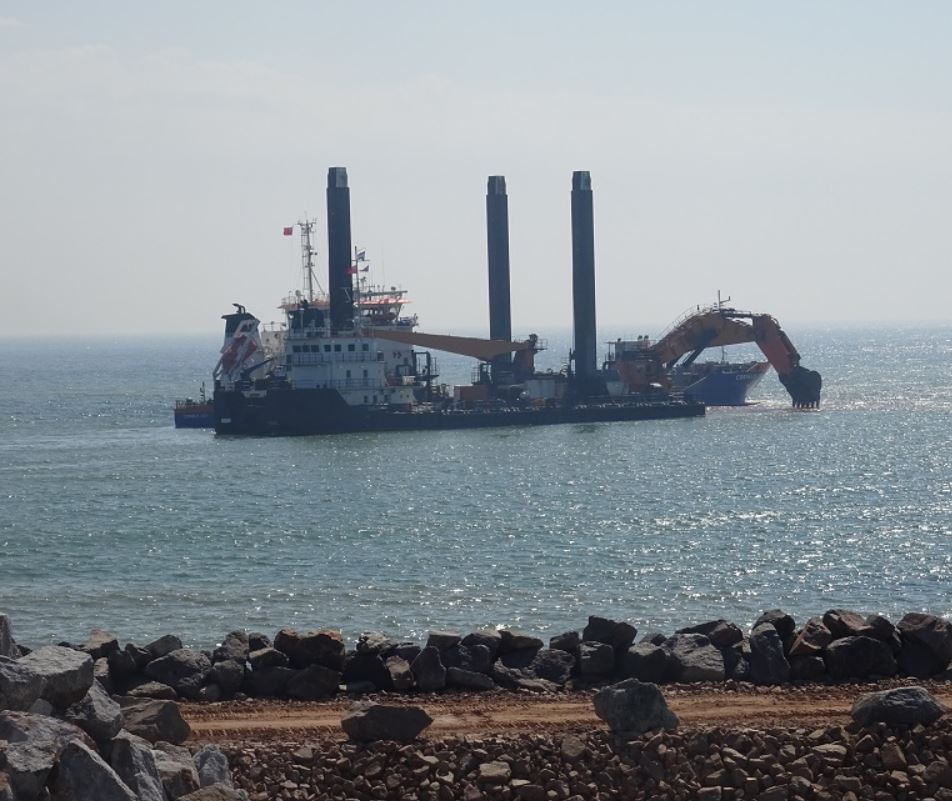 Dragados UK, part of the Dragados Group, has just announced that the Aberdeen Harbor Expansion Project has resumed its dredging activities with the arrival of the hydraulic backhoe dredger ‘Goliath’, one the largest backhoe dredgers in the world.

Following the first dredging phase, carried out in September 2017 by the trailer suction hopper dredger ‘Costa Verde’, the beginning of the second phase of the dredging operations is a major step forward for the project, reports Dragados.

The dredging operation is designed to increase the water depth within the bay ahead of the construction of the new South Harbor quays over the next two years, and the subsequent development of world-class deep-water berthage.

A backhoe dredger is a type of mechanical dredging equipment, which consists of a hydraulic excavator mounted on a pontoon. It can be deployed on a wide variety of dredging projects, and is normally used to dredge ports and provide services to the offshore industry.

Van Oord’s backhoe dredger Goliath was christened on January 2009 in Moerdijk, Netherlands. The hydraulic dredger, type Backacter 1100 fitted on a pontoon with three spuds, is one of the largest in the world.

The Goliath can be equipped with a bucket of 25 to 40 cubic meters and can work at a dredging depth of up to 26 meters. It has a total installed power of 5,000 horsepower. 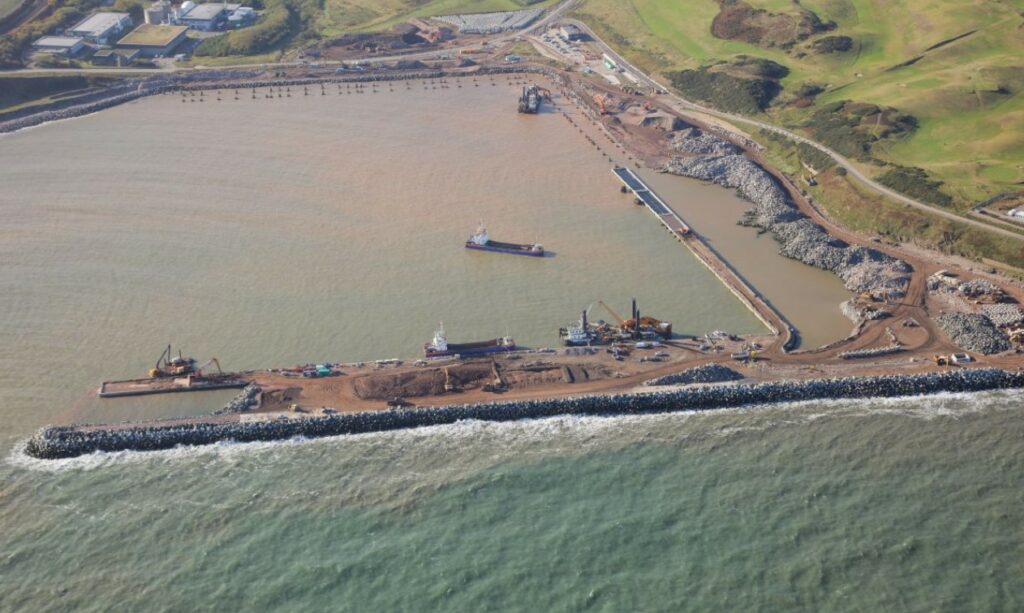