Council is planning to take sand that has become trapped in the estuary and put it back on the beach, mimicking a natural process that has been restricted since the road bridges went in many decades ago.

Parks manager Sue Hodge said that the proposal is very similar to the successful replenishment project undertaken in 2007 and incorporates several ‘lessons learned’ from the earlier project.

She said that coastal erosion is a natural process that has always occurred at Matapouri Beach, with storms washing sand from the beach and into the estuary.

“But before the area was developed, floods would flush sand out of the estuary and it would settle again in the bay – there was a natural equilibrium between the estuary and the beach,” Hodge said.

“When roads were built across Te Wairoa and Parangarau Streams, the bridge abutments narrowed the stream channels and confined flood flows, reducing the amount of sand flushed back into the bay.”

As a result, more and more of the beach sand started clogging up the estuary.

“Our aim is to take up to 15,000 cubic meters of sand out of several spots in estuary, transport it to the beach via Matapouri Road and Te Wairoa Street, place it and re-contour the beach,” Hodge said.

“We do not want to impact the ecology of the estuary so we have engaged a highly-experienced ecologist to produce an ecological report. We will not be excavating below the low tide mark, instead taking the sand above that level that has fewer species living in it. Areas with sea/eel grass present will be avoided.” 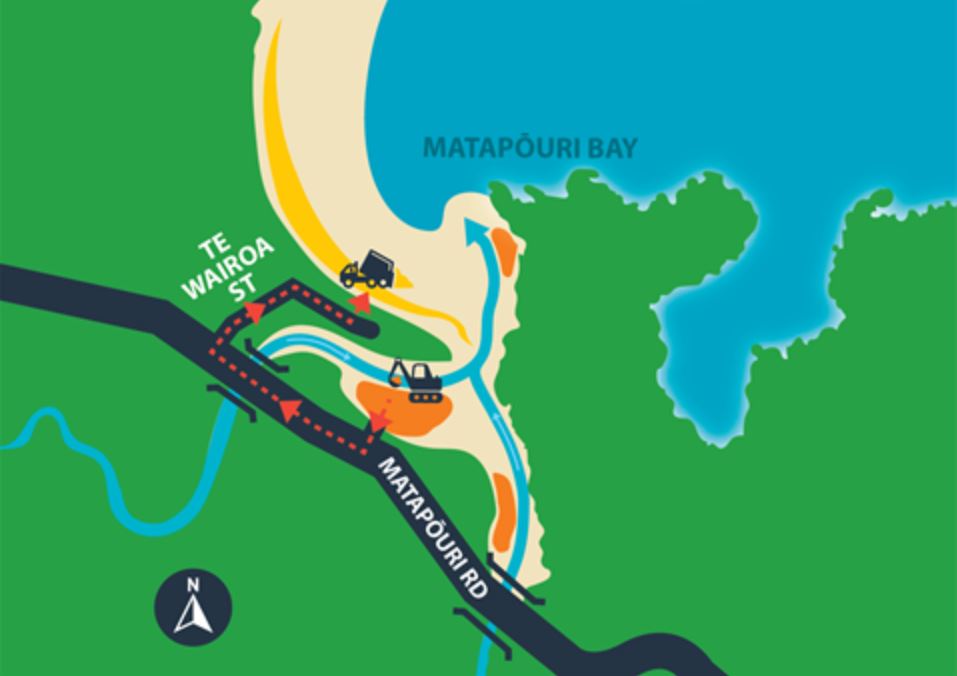