To mark its bicentenary, the Institution of Civil Engineers (ICE) has created the commemorative album Shaping the World as a beautifully designed book to showcase the 200 structures and engineering projects that have had the greatest impact on the people lives.

The book celebrates the individuals and organisations that deliver the vital infrastructure everyone relies on and as an official patron of the album Royal HaskoningDHV has been recognized for its work on the Bacton sandscaping project.

For this project, the company adapted the Dutch ‘Sand Engine’ concept – an example of Building with Nature.

During the works, around 1.5 million cubic meters of sand was placed along the coast to protect a 5km stretch of the UK’s east coast including the nationally critical Bacton Gas Terminal (operated by Shell and Perenco) together with its neighboring communities.

Produced in partnership with publisher St James’ House, this hardback was launched at the ICE’s headquarters just off Parliament Square in the City of Westminster, London on the evening of Friday 21 September. 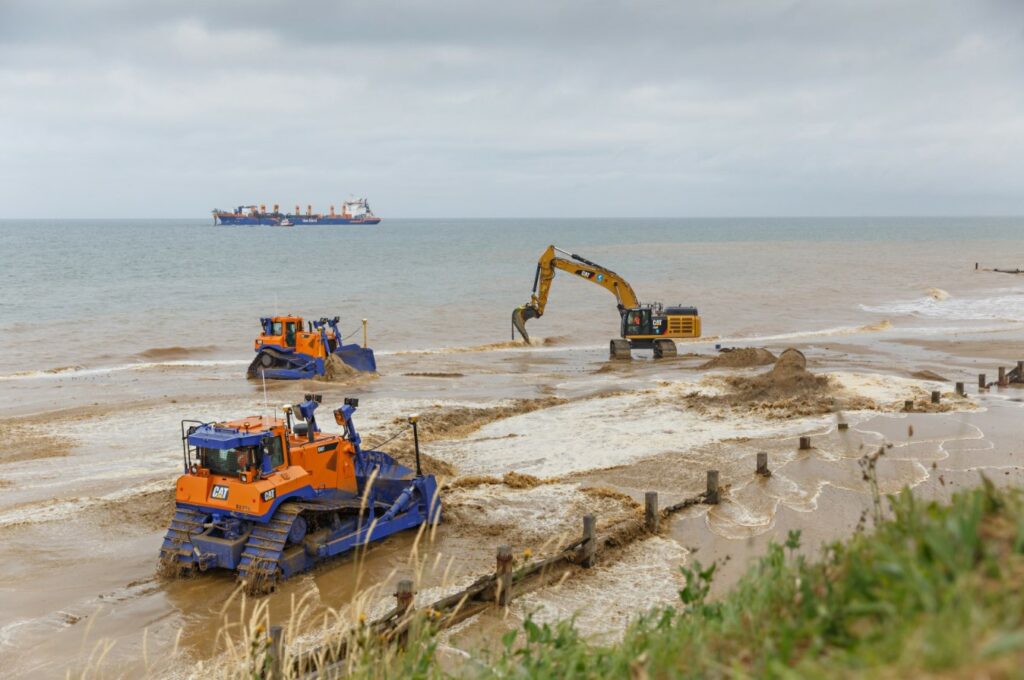