JSC Far Eastern Shipbuilding and Ship Repair Center today announced the start of dredging works in the water area of the Bolshoy Kamen bay in the Primorsky Territory, Russia.

The dredging will be performed by two cutter-dredgers and two clamshell dredgers with auxiliary ships to transport excavated material to the dump area several kilometers off the Bolshoy Kamen bay.

The Zvezda Shipyard has received all the necessary approvals for the dredging operations to proceed: from the Federal Agency for Fisheries and from the Ministry of Natural Resources and Environmental Protection of the Russian.

It was stated by the company’s officials that the dredging is necessary in order to launch the big ships which are currently being built by Zvezda Shipyard.

The work carried out will allow building and launching ships into the water without restrictions on their tonnage and draft, the officials added.

The current depth of the bay ranges from 6 to 7 meters, and after dredging it will be from 12.5 to 30 meters. 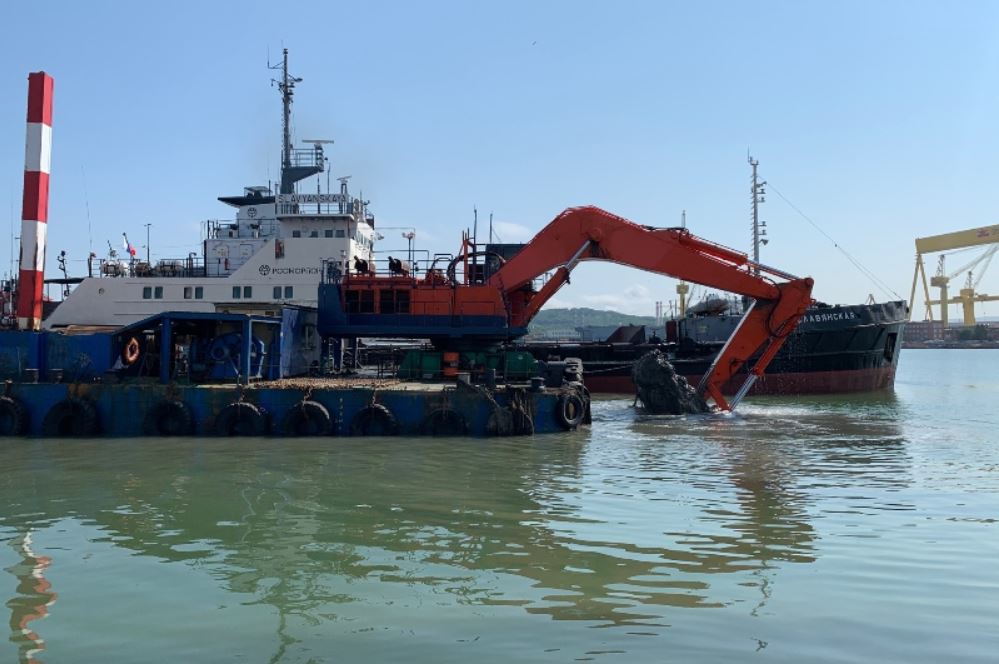