The land reclamation works for the construction of an airport in Hoarafushi, Haa Alif Atoll, were successfully completed, according to Maldives Transport and Contracting Company (MTCC).

Under this capital development scheme, the Maldives’ largest dredger Mahaa Jarraafu reclaimed the lagoon on the southwest side of the island, local media reports.

MTCC revealed in its announcement that 345,500 square meters of land was created at a cost of $4.3 million.

The Maldives Transport Authority and MTCC signed the project agreement on March 25, 2019, and land reclamation operations started in April.

According to an MTCC spokesperson, the company has already started the construction works on the airport. 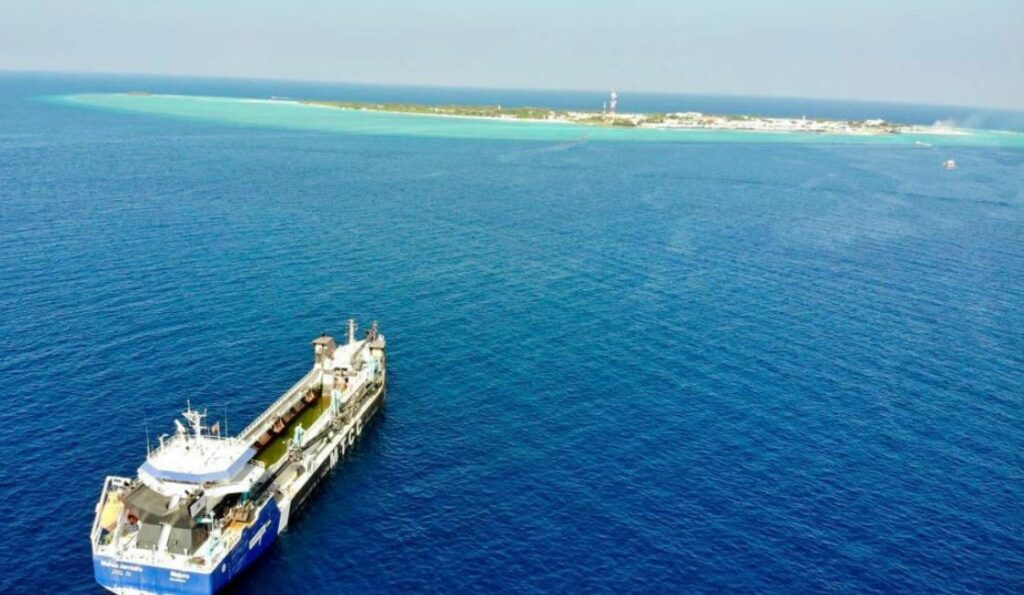