Dredging works that will maintain safe depths for vessels traveling the north and south basins of the La Conner Marina (WA) are underway now, informs the Port of Skagit.

This project is a large undertaking by the Port of Skagit and was last completed in 2007 in the south basin of the marina.

The company completing the project, Pacific Pile and Marine, has a custom-built machine named Dr. Dredge with an articulating arm that will be able to reach under the covered slips in the marina to remove the build-up of silt and sediment that accumulates over time, reported the port.

The Army Corps completes a dredge of the Swinomish Channel every three years to keep the channel at a safe, navigable depth for the many commercial and recreational vessels that travel the channel every day.

This dredging project in the La Conner Marina has an estimated cost of $5 million, a significant investment by the Port of Skagit to support the companies and individuals who rely on the marina for manufacturing, boat-building, maritime services, fishing, covered moorage, recreation and traveling to and from the San Juan Islands and beyond.

“The project was developed to target the most critical dredge areas, reducing the overall volume and cost of the dredge,” said Sara Young, Director of Planning and Facilities.

The Port of Skagit and partners have been working on securing federal funding to raise the Goat Island jetty by 4-feet which would substantially decrease sedimentation that settles into the channel and marina basins.

Dredging in the marina basins and fairways is expected to continue until mid-February 2020. 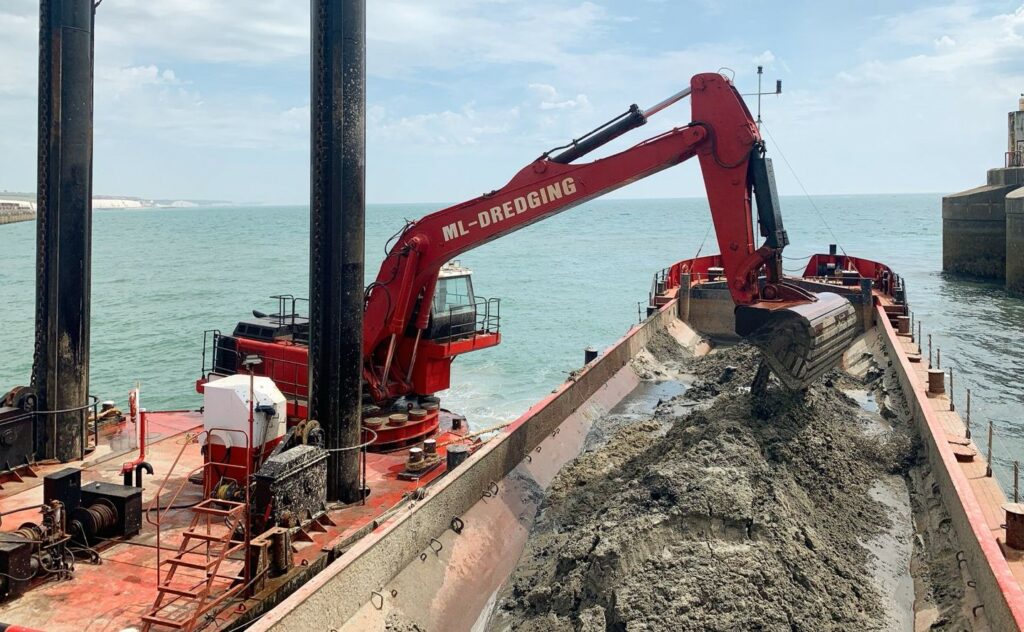