Following the success of the DYNAREV experiment in the summer of 2017, a second Bath-led laboratory experiment on a low cost style of dynamic revetment was carried out in collaboration with researchers from institutions in both Europe and Brazil, supported by GCRF funding.

Traditionally, coastal protection uses solutions such as sea walls or beach nourishment. A recent research has been conducted on a new type of defense termed ‘Dynamic Revetments’, these revetments are designed to mimic composite beaches commonly found on the British coast and other places around the world.

Consisting of cobble berm placed above the normal wave run-up limit, the structure has a dynamic morphology meaning it adapts to the current wave conditions by changing shape. This provides stability to the upper beach and overtopping protection.

Both experiments were carried out in the 300m Groẞer Wellenkanal (GWK) flume based in Hannover, Germany. The previous experiment was carried out using high quality material with a low degree of cobble variation in both size and angularity.

In contrast, the more recent experiment uses poorly sorted cobbles with a high degree of variability in both size and shape. The main idea being that such material is both cheaper and easier to attain for construction purposes, notably this could be taken from quarry run-off meaning greater access globally to the use of dynamic revetments.

The specific research aims for the second experiment are on-going and set out as follows; 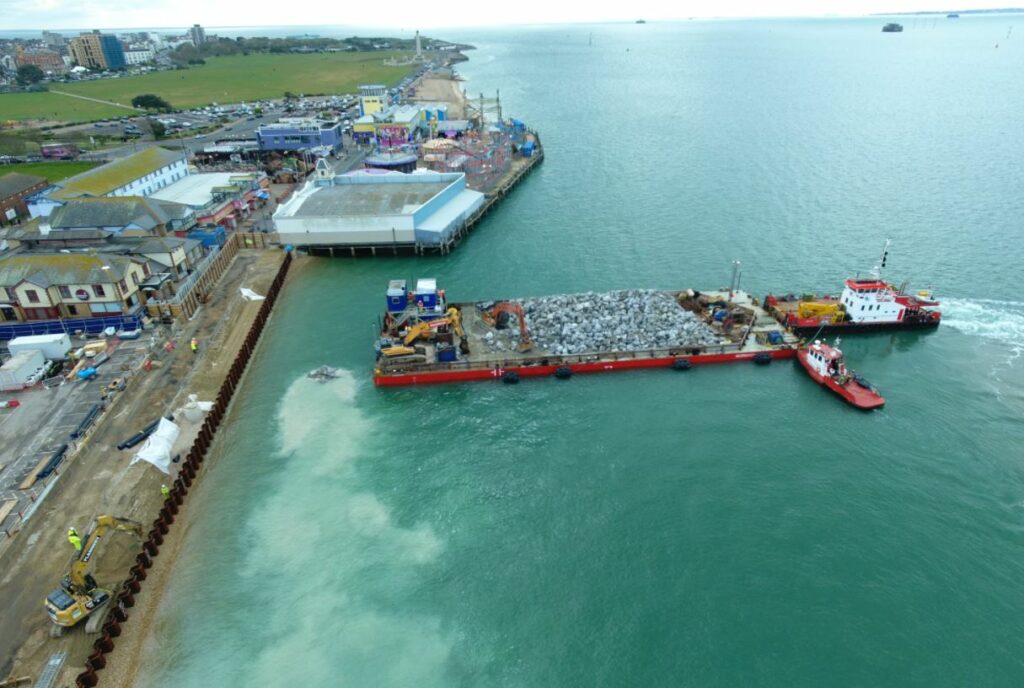