About 110,000 cubic metres of sand will be dredged from the Tweed River entrance to maintain a clear channel for safer boating starting next week, Transport for NSW reports.

Member for Tweed Geoff Provest said that the dredging of one of the most dynamic channels in Australia has happened annually since 2001 as a joint initiative of the NSW and Queensland governments, together with the City of Gold Coast.

“The primary focus of this dredging work is to maintain a clear and safe channel for the Tweed River entrance, with an average of 500,000 cubic metres of sand dredged each year,” Mr Provest said.

“Dredging of the Tweed River entrance supports the long-term viability of the local commercial fishing fleet, as well as assisting with safe passage for recreational boaters.

“The benefits of dredging the Tweed River entrance are two-fold – a deeper draft is created for access by boats of many sizes, and the sands of Gold Coast beaches are maintained.

“As the surfing world knows, the dredging of the Tweed also created and helps maintain one of the world’s best waves, known as ‘The Superbank’ – a wave that can break all the way from Snapper Rocks to Kirra on a good day of surf.”

Mr Provest also added that the sand which has accumulated at the Tweed River entrance is removed using a boat known as a trailing suction hopper dredger (TSHD) Albatros with the dredged sand then delivered offshore to southern Gold Coast beaches. 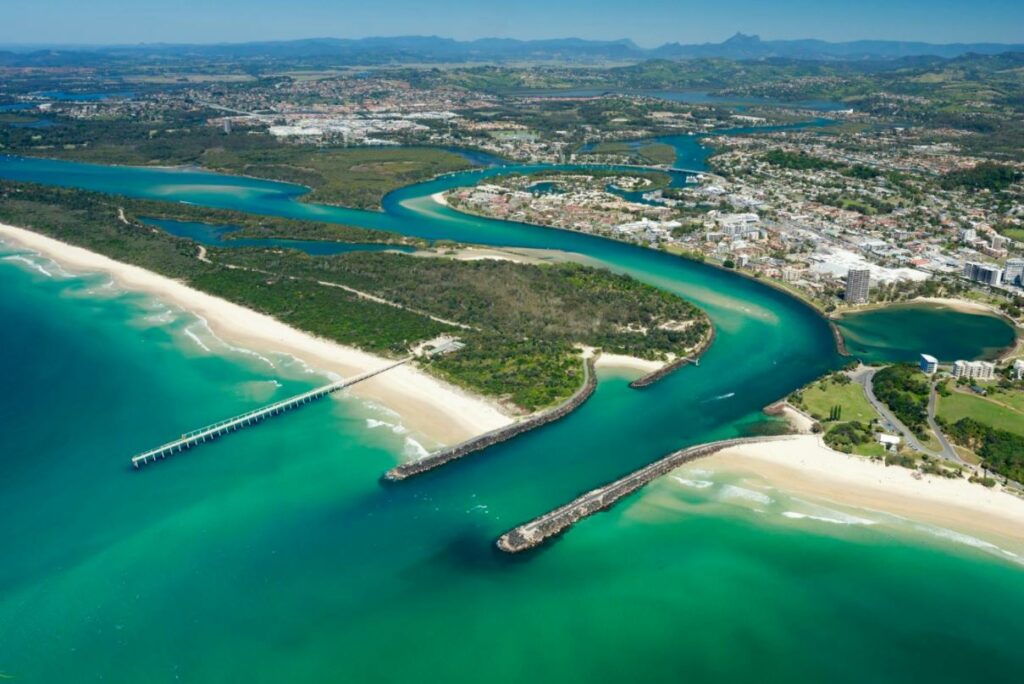