A stretch of beach at Cungulla has been given a new lease on life with Townsville City Council building back coastal dunes that were washed away in the unprecedented monsoon in 2019.

The southern end of Big Beach is part of the Haughton River Mouth and was eroded by the strong currents and storm waves caused by the monsoon, the city said in their latest release.

Community Health, Safety and Environmental Sustainability Committee chairperson, Margie Ryder, said the project would help the dunes recover and provide a natural buffer for residents in the area.

“The impact of the monsoon on the coast at Cungulla was significant and the dunes had dropped from 7 meters in height to less than 1 meter,” Cr Ryder said.

“The recovery project involved removing dead trees from the beach slope to a position high on the beach where they will be incorporated back into the dune base and sand redistributed along the shoreline of the impacted area.

“Council staff will return to the beach closer to the wet season to finish the project by revegetating the dunes with the help of residents who have agreed to assist with watering them until established.

“Sand traps will also be installed to help catch windblown sand to build the dunes higher.”

“Since this beach area was so significantly damaged during the monsoon, it has been difficult for residents to access the beach,” Cr Walker said.

“Now, not only will these dunes help manage coastal erosion and provide a natural buffer but also allow them to access the beach safely.”

Council secured $120,000 in joint funding from the Australian and Queensland Governments under the Disaster Recovery Funding Arrangements (DRFA) to restore the dunes at Cungulla. 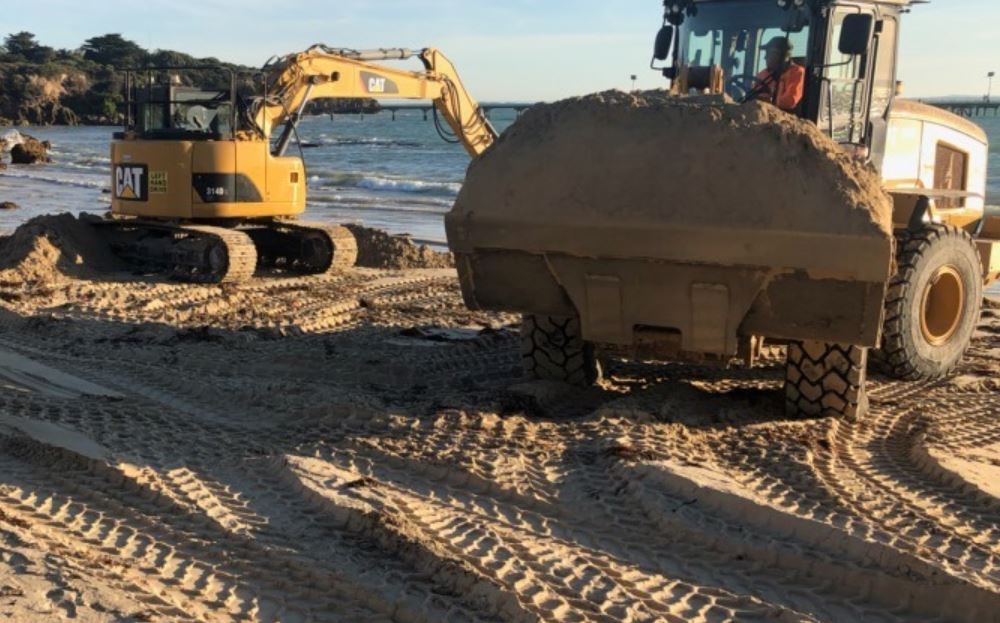