The largest self-propelled U.S. Hopper Dredge ever ordered is to be built to American Bureau of Shipping (ABS) Class.

“ABS is highly experienced at supporting delivery of both Jones Act and complex vessels, such as this,” said Arinjit Roy, ABS Vice President. “We are proud to work with Manson and Keppel AmFELS to facilitate delivery of this landmark vessel to ABS class.”

“This dredge is the culmination of years of work by our dedicated team. I am honored to bear its name,” remarked the dredge’s namesake, Manson’s chairman of the board, Frederick Paup. “We are proud that it will be U.S. built, U.S. flagged, and U.S. crewed and will support the U.S. Army Corps of Engineers’ mission of keeping the marine transportation highway open throughout the United States.”

Mohamed Sahlan Bin Salleh, president of Keppel AmFELS, said: “We are pleased to be selected by Manson Construction Co. to build the largest self-propelled U.S. hopper dredger. It highlights the capabilities of our shipyard to build an array of vessels for the Jones Act market. This project will be supported by our highly-skilled local workforce and suppliers across the U.S., including ABS, with whom we have a long-standing relationship.” 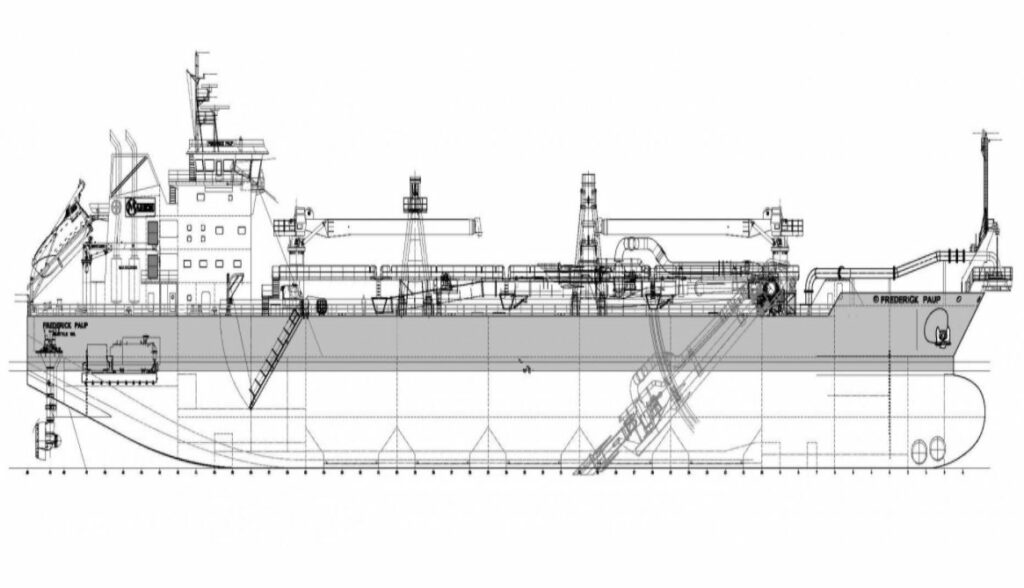