Fingal County Council is set to carry out emergency works in Portrane including protection works at Quay Road and the relocation of Seabees at Burrow beach.

The works are required following serious coastal erosion caused by storm force winds and strong tidal surges during the summer.

Engineering experts have recommended an extension of the existing rock armor defense by approximately 50m along Quay Road to protect the area through the winter of 2020/21.

An examination of services and ground conditions in the area will be carried out as soon as the rock armor works are completed to establish if any additional protective works are required in that location.

In addition, Fingal County Council plans to relocate 70 seabees which were recently moved without authorization causing damage to the dune system at Beach Lane.

Following review by expert engineers the Council intends to replace these Seabees to their optimal position in the sea defense system to continue to reduce and delay coastal erosion.

As an interim measure, 1km of Seabee’ concrete units were installed in an optimal position in two phases along Burrow Beach. These Seabees were designed to reduce and delay coastal erosion and were put in place until a feasible and effective long-term solution is implemented.

The remedial works outlined above are to be undertaken under provisions of the Roads Act and will take approximately three weeks. 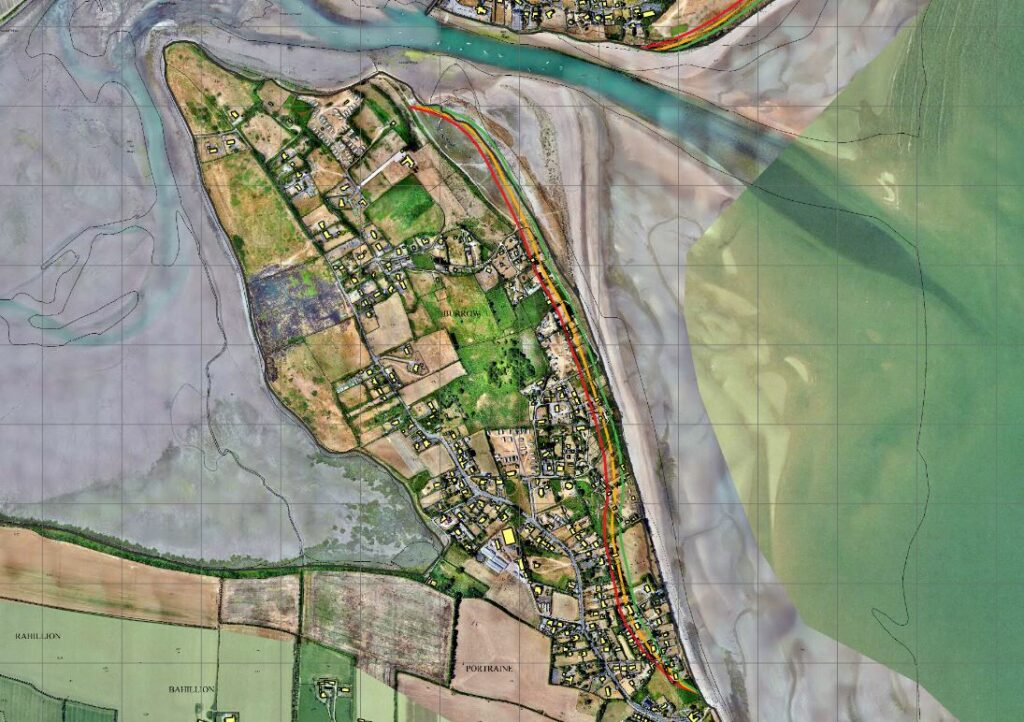