Yed Prior – from container ship to hopper dredger

Niestern Sander has successfully completed the conversion of the Yed Prior, then a container ship called GERD, to a gravel hopper dredger for Spaansen.

After Niestern Sander was awarded the job, the ship was put dry on March 18, 2020 and a schedule was made.

At the time of the first Covid-19 outbreak, this was a job in itself, the company said.

The Yed Prior came with a number of defined tasks, such as installing spud-pile lead-throughs, 8 pcs bottom flaps, slide guide, jet water suction, a completely new bow thruster installation, inspection of the rudder, the propeller and propeller shaft.

“A good example of the close cooperation between Niestern Sander and Wagenborg Nedlift was the installation of a 35T heavy gauge section in front of the suction tube. By means of an SMPT this section was driven to its place with millimeter accuracy in the dock,” Niestern said.

The ship was also completely stripped of all old paint layers by means of hydrajetting, an operation lasting more than a week in which work continued day and night.

After the ship was completely painted in the characteristic “Spaansen red” colors, it was located at the terminal for a period where further work was carried out, such as the installation of large filter installations and, very special, a conveyor belt on the fore ship that enables the ship to be able to unload its cargo at a distance of about 40 meters from the quay.

The first contact with Royal Niestern Sander for this special conversion was made by the end of 2019.

Mr. D.W. den Herder, owner of Maritiem BV, approached Niestern Sander with a request to make a quotation for the conversion of the Yed Prior, then a container ship called GERD, to a gravel hopper dredger for Spaansen.

Originally, Spaansen had nothing to do with shipping, but the company now has its own fleet.

Work on the Yed Prior was completed underwater at the beginning of June 2020.

The ship then remained at Niestern Sander for other activities until 10 August.

On August 10, it was time for the sea trials and on August 16 the Yed Prior, the new dredger of Spaansen, was completely ready. The Yed Prior’s first destination was IJmuiden, where she could easily perform test dredging.

In total, Niestern Sander had the Yed Prior in dock for 78 days and put 22,000 hours of craftsmanship into it. 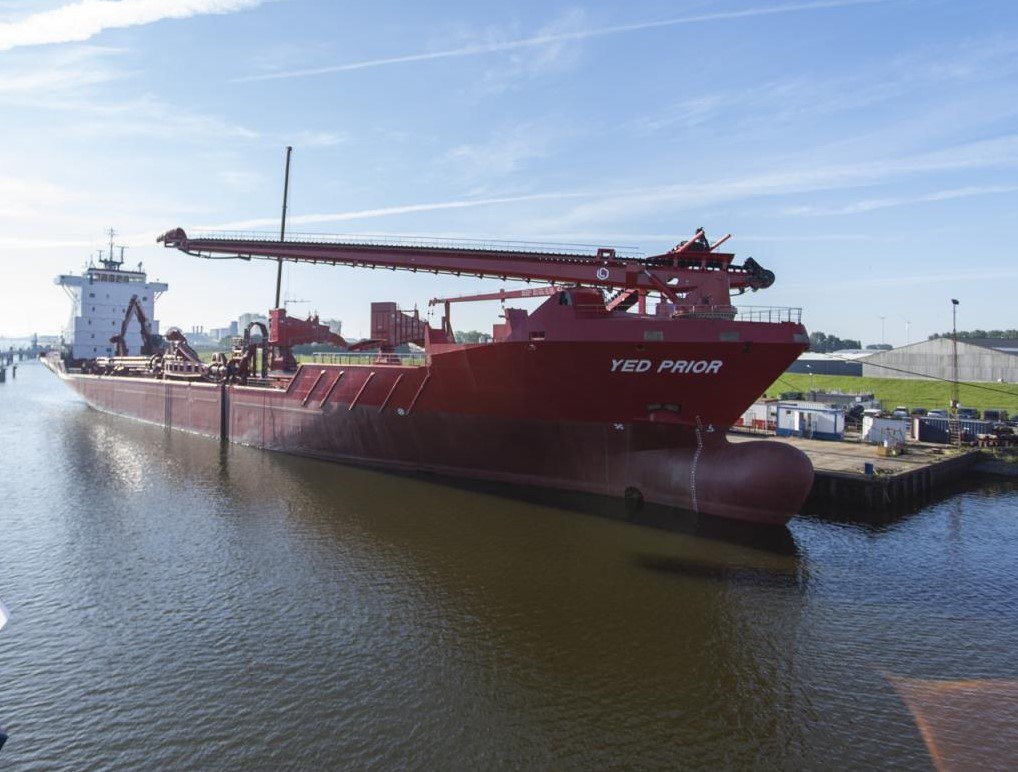