The City of Oswego Mayor, Billy Barlow, announced yesterday a shoreline protection project along Shore Road on Oswego’s east side.

Shore Road is a residential, waterfront neighborhood susceptible to flooding, particularly since the implementation of the International Joint Commission’s Plan 2014, implemented in 2017, resulting in higher water levels along Lake Ontario.

The higher lake levels resulted in significant flooding all along the shore of Lake Ontario. The Shore Road neighborhood suffered extensive damage from flooding and erosion in two of the previous four years resulting in an emergency FEMA declaration in 2017.

The upcoming construction, by Hannibal based W.D. Malone, administered by the Oswego Fire Department and Engineering Department, will place large rip-rap stones along a large portion of the neighborhood shoreline, protecting private residences and a public boat launch.

The large stone, placed to slightly raise the shoreline, will deflect waves, protecting homes and preventing further erosion. The project also involves the demolition of an abandoned home located at 13 Shore Road.

“Residents of the Shore Road neighborhood need relief and protection from the constant issues of high water and flooding from Lake Ontario caused by the IJC’s Plan 2014,” Barlow said.

“Our shoreline protection project protects homes, preserves public and private property and better shields city assets from future flooding and erosion events. The project also improves the neighborhood and quality of life for residents in the area.”

The City of Oswego received over $5 million in damage to public property from flooding events along the lakeshore in 2017 and 2019.

In addition to the Shore Road Shoreline Protection project, the City of Oswego recently completed a similar $1.7 million project along Harbor Trail at Breitbeck Park and continue a multi-million-dollar project at Wright’s Landing, a city owned and operated marina, raising and improving the area to prevent future damage and draw people to the waterfront. 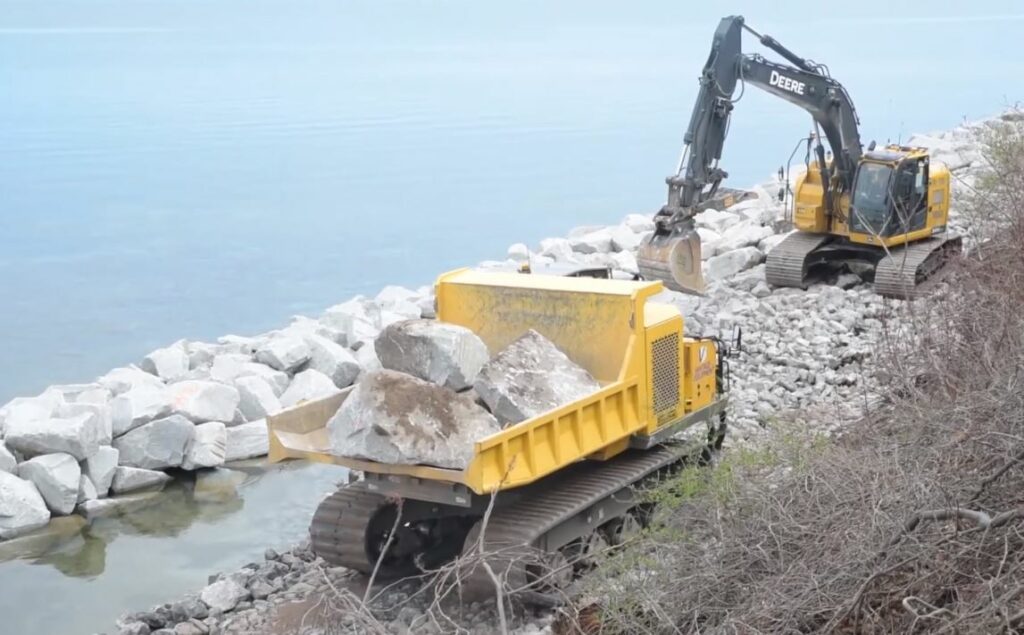