Eastland Port gets OK to proceed with two major projects

After years in the planning, Eastland Port in Gisborne has received the official go ahead to proceed with two major infrastructure projects.

On December 2, the Environment Court advised that they had signed off the resource consents for the rebuild of Wharf 7 and the slipway.

“This is the culmination of a process we started five years ago. It’s a significant milestone for Eastland Port and Tairāwhiti, and one we’ve worked together to achieve,” said chief operating officer, Andrew Gaddum.

The rebuilding of Wharf 7 and the slipway are part of the port’s plans to maintain and upgrade essential infrastructure, some of which is more than 100 years old.

They are the first stage of the Twin Berth project, which will help support, future-proof and grow the economy of Tairāwhiti. This will allow for two 185–200 meter long ships to berth at once, and open up the possibilities of shipping containers to and from the region via a coastal service.

The final design details and costings of Wharf 7 are currently being worked through.

It is expected that contract negotiations will be completed in the new year, and awarded once final board and shareholder approval is received.

Construction is planned to begin in the second quarter, after squash and kiwifruit season, said the Eastland Group.

Contractors will demolish and then rebuild Wharf 7 so it has the strength to allow mobile harbor cranes to operate on it, and provide a stronger, more resilient lifeline asset for Tairāwhiti. Construction is expected to take approximately 18 months.

“The port team will work closely with our customers, other port users and the community to make sure they’re kept updated, and we’re aiming to minimize the impacts of the construction work as much as possible,” added Mr Gaddum.

This consent will cover the extension of the existing Wharf 8 structure; about one and a half hectares of reclamation; dredging the channel and harbor; and the rebuilding of the existing outer breakwater structure.

Also, it will include upgrading the Southern Log Yard with the port’s award-winning stormwater treatment system. 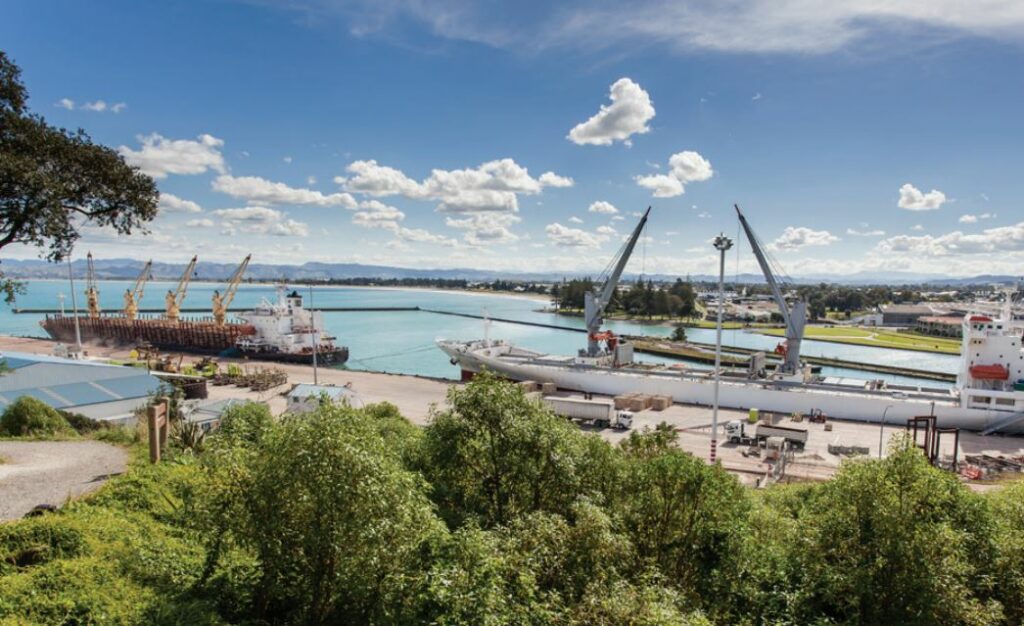