Construction works officially started on North Breton Island, LA, a couple of days a go with the first cubic yards of dredged sand placed on the island.

The long awaited project was approved in 2014 as one of the three components of the Deepwater Horizon Natural Resource Damage Assessment Phase III Early Restoration Louisiana Outer Coast Project.

The restoration project will add 400 acres of barrier island wildlife habitat to address some of the injuries to birds caused by the Deepwater Horizon oil spill.

Sand for the project will come from the sea floor of the Gulf of Mexico three miles away from the island. Sand will be placed on the north end of the island first where mangroves provide valuable brown pelican habitat.

Pre-construction monitoring took place in 2018 and will be used as a baseline to examine the impact of the project on benthic invertebrates.

To accomplish this project, the U.S. Fish and Wildlife Service awarded a contract for $54.9 million to Callan Marine LTD.

Callan Marine will pump up to 5.87 million cubic yards of sand onto Breton’s beaches, dunes and marshes.

If restoration does not occur, North Breton will continue to erode and eventually become a completely submerged shoal, said NOAA.

“This project has been a long time in the making, and we are thrilled to see construction begin,” said Bren Haase, Executive Director of the Louisiana Coastal Protection and Restoration Authority.

“Restoring North Breton Island is essential not only for the birds that call Louisiana home but for the many other fish and wildlife resources that make Louisiana the Sportsman’s Paradise. Without this project, protection for our coastal communities and a home for our birds would be lost.”

North Breton Island is one of the most important barrier islands in Louisiana.

The island also provides crucial protections for mainland Louisiana, including the City of New Orleans, from storm surge and wave impacts. 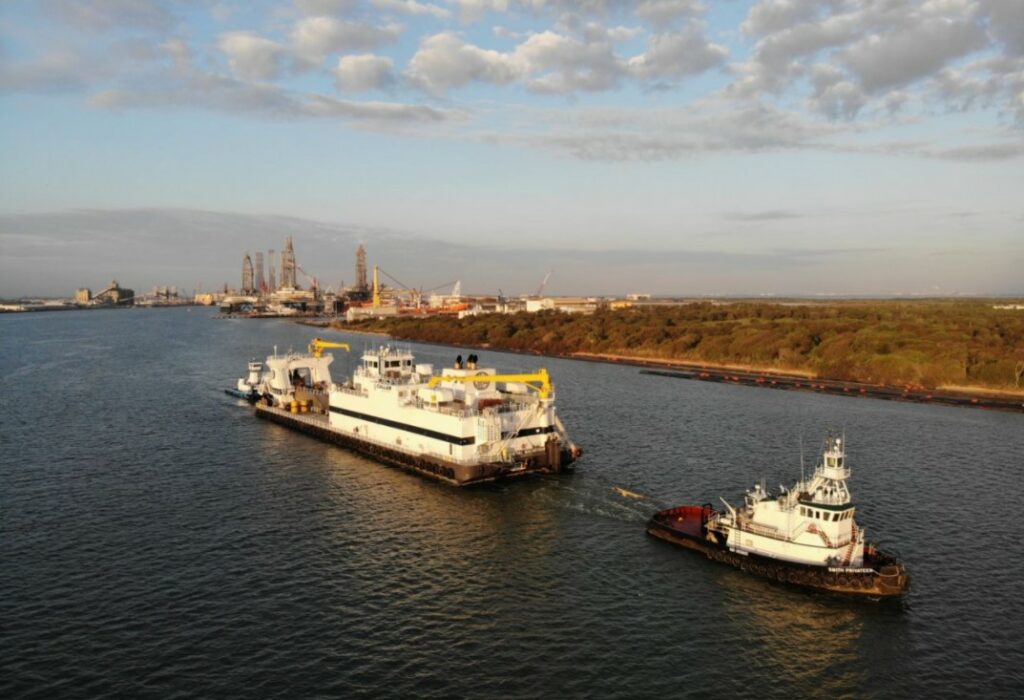